People threatened to pour acid on me if I attended #FixTheCountry march - Efia Odo - MyJoyOnline.com 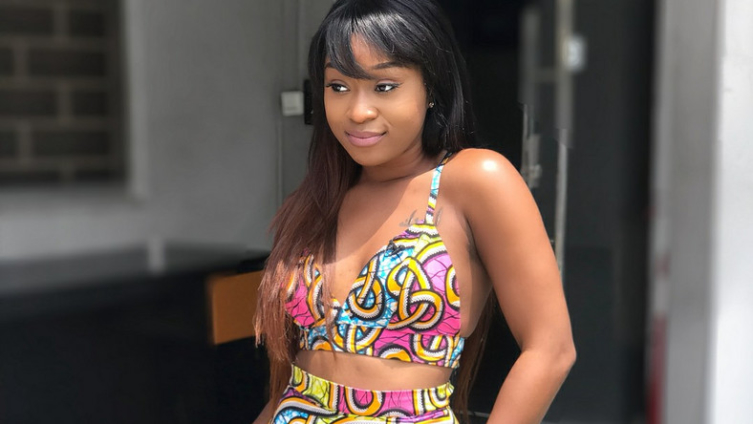 Actress and socialite Efia Odo, born Andrea Owusu, has opened up about her absence at the mammoth #FixTheCountry demonstration, which came off on August 4.

In an interview on Accra-based Peace FM, the social media sensation revealed that some unknown persons threatened to disfigure her with acid if she attended the march.

According to Efia Odo, although her cyberbullies used pseudo accounts, she suspects they are supporters and sympathizers of the incumbent government.

“I started receiving death threats when I began speaking about the sitting government. I don’t know who they were, but I was getting the calls. My Facebook account got hacked,” she said on Monday.

The socialite who presented herself as one of the conveners of the #FixTheCountry Movement said she felt traumatized due to the nature of threats she received.

Efia Odo, however, noted that reporting the issue to the police was not an option since her confidence in the country’s systems has waned.

“Report to the police? No, I’m sorry. I didn’t. I don’t trust anything and anybody in this country. So if I reported, I didn’t know what will happen. And because of that, I didn’t stay home for almost two months.”

The actress further revealed that her mother passionately appealed to her to disassociate herself from the #FixTheCountry Movement.

Recounting the incident, Efia Odo said her mother called her around 5 am and begged her to stop amidst tears.

“God knows I love my mom. Everything I do is for my mom. So she is the reason why I really stopped.