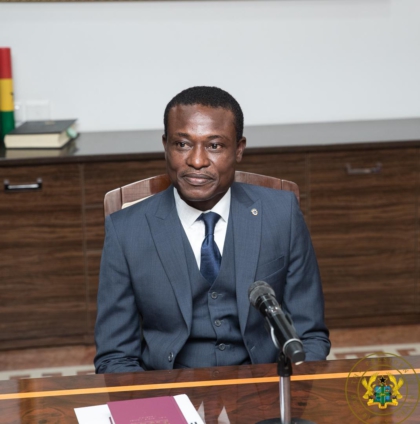 The Office of the Special Prosecutor (OSP) has warned that it will prosecute all persons found culpable in alleged offences regarding the award of a contract by the Northern Development Authority (NDA).

In a statement issued on Monday, the OSP said it started investigations into the alleged ¢10 million signature forgery case on June 30.

Mr. Kissi Agyebeng’s office was petitioned by a private legal practitioner, Martin Kpebu to investigate accusations of irregularities at the NDA.

This follows a former NDA CEO’s petition to the Chief of Staff, Akosua Frema Osei-Opare, over a fraud issue involving his successor.

Dr Sulemana Anamzoya, in the petition, accused his successor, Sumaila Abdul Rahman, of falsifying figures and forging his signature to cash in a ¢10,400,000 contract.

Mr. Martin Kpebu’s petition called on the Special Prosecutor, Kissi Agyebeng to launch a full-blown investigation into the development.

“In the circumstances, kindly investigate the cases presented above in accordance with your mandate as by law stipulated in the Office of Special Prosecutor Act, 2017 (Act 959) to save mother Ghana the millions of Ghana Cedis we risk losing,” he said in his petition.

Nearly a month after his petition, the OSP has stated that as of now, it has granted bail to some officials who were earlier invited for questioning.

“On 1 July 2022, the Special Prosecutor directed the Controller and Accountant General to immediately freeze payments arising from the contract.

The Special Prosecutor has invited the Coordinator for Special Initiatives at the Jubilee House and several serving officers, including the Chief Executive, and relevant past officers of the NDA and officers of A&Qs Consortium for questioning.

All the invited persons have been placed on bail”, portions of the statement read.

“All persons deemed culpable by the Special Prosecutor for corruption and corruption-related offence(s) would be charged and arraigned before the High Court for prosecution”, the statement concluded.