Phones in 2018 will be faster, smarter, and more secure 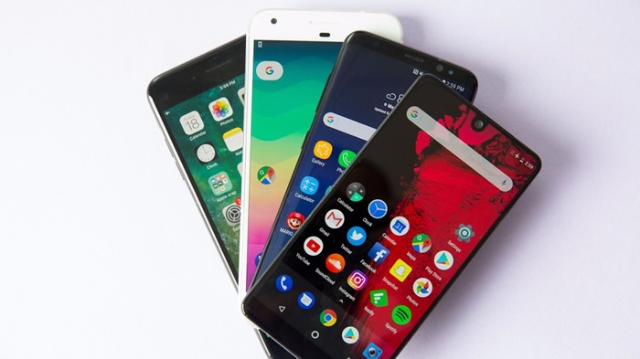 Get ready: Faster, smarter, and more secure smartphones are coming in 2018.

Like clockwork, Qualcomm, the world's largest mobile chipmaker, announced its latest system-on-chip (SoC), the Snapdragon 845. It will likely make its way into every major flagship smartphone coming out next year.

As the brain of many new phones, it'll impact just about everything from performance to battery life to the cameras. So pay attention — you'll be hearing a lot about the 845 chip soon enough.

Similar to the current Snapdragon 835, the 845 will be a 10-nanometer chip manufactured by Samsung.

The first phones to be powered by the chip will come in Spring 2018. That may seem like a ways off, but it's just in time for the expected launch of phones like Samsung's own Galaxy S9 and LG's G7.

One thing you can rely on with a new chip is faster performance, and the Snapdragon 845 is no exception.

It comes with a new Adreno 630 graphics chip, which Qualcomm claims will improve graphics performance and video rendering by up to 30 percent.

In real-world use, everything from playing 3D games at higher framerates to watching 4K HDR videos to mobile AR/VR (referred to as "XR" or "extended reality) will see serious gains.

Those 30-percent-faster graphics don't come at the expense of power consumption. In fact, the chip's actually 30 percent more power efficient than the 835.

What this translates to is less power consumption when the phone's processor is roaring for high-performance tasks like 3D games and mobile VR. And battery life will last even longer (think up to two days) when you're just surfing the web and browsing Instagram.

3. Even faster LTE and Wi-Fi

Gone are the days where raw performance is the only thing that matters. What good is having apps load ultra fast if they it takes forever to download data for them?

Included with the 845 chip is a new X20 LTE modem that allows for up to 20 percent faster gigabit speeds compared to the previous X16 LTE mode, both for peak and real-world usage. For peak speeds, devices will see a max 1.2 Gbps download on supported networks.

New Wi-Fi networks that make use of 802.11ad will also see a significant speed boost.

Everyone's embracing machine learning and AI (especially Google) to help analyze the world and better understand the data being stored on it.

There's a Hexagon 685 digital signal processor (DSP) built into the 845 chip that's three times faster than the one in the 835. The improved DSP will connect to a phone's myriad sensors to more quickly complete complex tasks like object recognition. It sounds boring, but when your phone can tell the difference between a cat, dog, car, or person, it's kind of like whoa.

Don't get us wrong, Bluetooth audio has improved a lot since a few years ago, but it could still be a lot better.

With Qualcomm's TrueWireless Bluetooth, the improvement on the wireless protocol will reduce power consumption by up to 50 percent, while simultaneously improving audio quality, says the company.

Unlike 5.0's current implementation, which streams a single channel of stereo audio to one wireless earbud — which then streams the other channel to the matching bud, TrueWireless will simplify everything by streaming directly from the device to both wireless earbuds. This should mean better-sounding wireless audio.

The 845 chip comes with other audio improvements, too, such as the WCD934x "Aqstic audio" codec that'll improve hands-free voice command detection.

It's 2017 and hacking is a thing that could happen to any of us. We put all of our most important data on our phones, so it's vital that our phones actually protect that data.

For the first time on a Qualcomm chip, there's a dedicated "Secure Processing Unit" (SPU) which works kind of like Apple's Secure Enclave. All of your biometric data (i.e. fingerprints and face scans) is stored inside of the SPU, separate from your phone's storage. Other sensitive information such as SIM data and mobile payment numbers will be stored inside of the SPU as well.

Longterm, the plan is to create special keys that'll be used to decrypt all other data, like photos.

A phone's camera is more than just its sensor. The image signal processor (ISP) needs to be able to decode that light information and then process it appropriately to produce pleasing images that are sharp and have less image noise.

The 845 chip has a new Spectra 280 ISP that'll process photos at up to 16 megapixels for better color reproduction and clarity when you shoot on burst.

This year's 835 chip brought native support for High Dynamic Range (HDR) viewing on phones with HDR-ready displays, but the new 845 chip will let you record video with all the extra dynamic range, higher contrast, and increased clarity this new format affords.

Phones with the new chip will be able to capture 4K-resolution video in HDR at up to 60 fps.

Slow-motion recording is great, and most phones support some pretty high framerates that help freeze the action at 120 and 240 fps.

But things are about to get even slower: At 720p HD resolution, quadruple the framerate currently supported. We're talking slo-mo at up to 480 fps.

We know, Sony's Xperia phones still have the competition beat with cameras that can shoot at a bonkers 960 fps at 720p resolution, but 480 fps isn't anything to scoff at