Photo of the week: Why is Rawlings so happy next to Akufo-Addo? 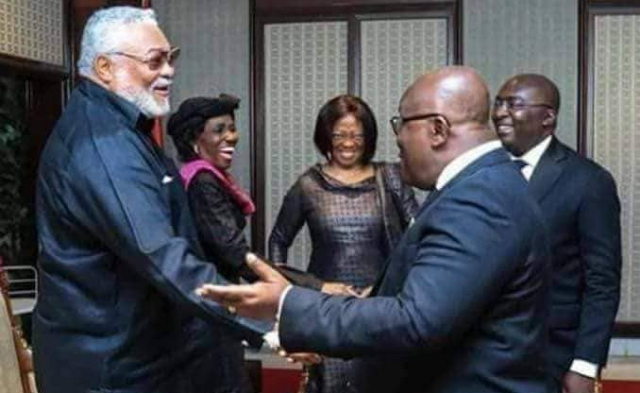 It has taken some 18 years for former President Jerry John Rawlings to look as happy as he is. Ghana's chief presidential critic is yet to lift a finger at President Akufo-Addo.

None of Akufo-Addo's predecessors – his arch rival President John Kufuor, his own choice of late President Mills, his appointee President John Mahama – were not spared his constant criticism known as "boom speeches."

But more than 18 months into the Akufo-Addo administration, Jerry Rawlings has yet to fire off at the NPP administration's leader.