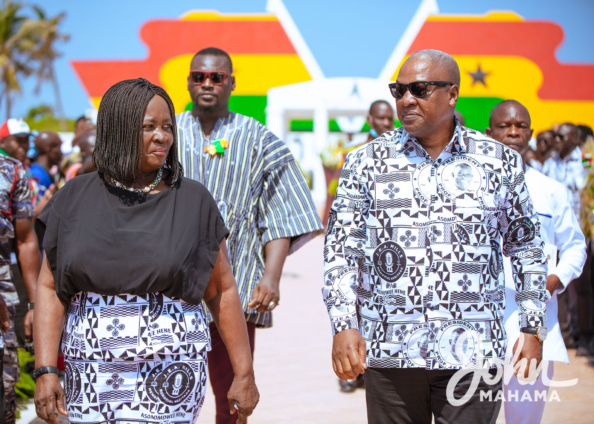 Former President John Dramani Mahama has commemorated the 10th anniversary of the passing of his former boss, John Evans Atta-Mills on Sunday.

Accompanied by stalwarts and supporters of the National Democratic Congress (NDC), Mr Mahama joined the family of the late President at Asomdwee Park to mark the occasion.

Speaking at the ceremony, he eulogised the late President Atta-Mills as an honorable and dignified statesman whose absence can never be filled.

“Professor was an honourable and dignified statesman whose love for his country and his people, was without questions. He was a phenomenon best felt than described. His entry into the pressure cooker and high octane environments, that is, Ghanaian politics was the most opportune development for this country.

“To many of us, he was a breath of fresh air that enabled us to make a clean break from the monotonous acrimonious past, laden with deep-seated divisions. His was a brand of politics and governance, which emphasised the graceful wielding of political power,” he said on Sunday.

He is the first President in the history of Ghana to die while in office.