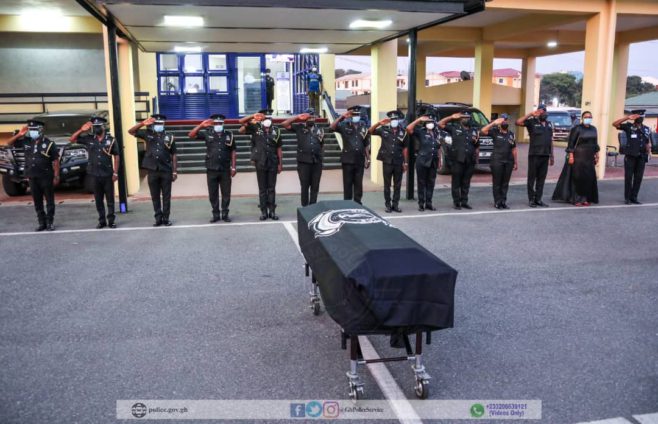 The body of the Police officer who was killed in the Bono Region has been conveyed to the headquarters in Accra with a parade held in his honour.

The late Sgt. Bright Annobil with the Berekum Police Station was stabbed by a suspect and an ex-convict, Yaw Peprah who had been invited to the police station to assist in an ongoing investigation into a case that Saturday.

The badly wounded Sgt. Annobil died shortly after reaching the Holy Family Hospital where he was rushed while the suspect escaped.

The body was conveyed to the Police Headquarters in Accra and a parade held in his memory.

Sgt. Annobil’s remains have since been conveyed to the Transitions Funeral Home for preservation.

Below are photos from the ceremony: