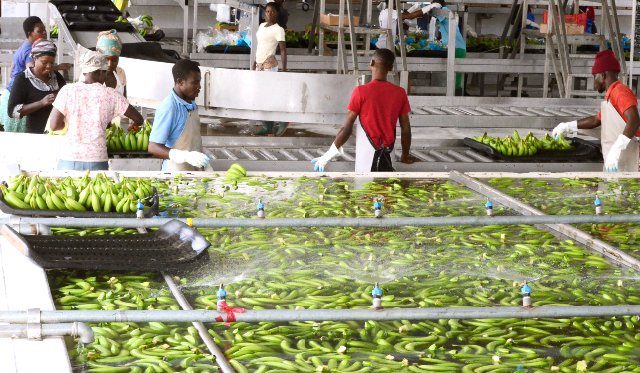 The President of the African Development Bank Group has advised African countries to plan for the inevitable global food crisis.

Dr Akinwumi Adesina also called for increased urgency in the context of what he described as a once-in-a-century convergence of global challenges for Africa.

He said the most vulnerable countries on the continent have been hardest hit by conflicts, climate change and the Covid-19 pandemic that have disrupted their progress and economic development.

Up to 30 million jobs have been lost in the continent which has the lowest GDP growth rate. To this end, Dr Adesina warns Africa quickly expand its food production to push back a food crisis.

“The African Development Bank is already active in mitigating the effects of a food crisis through the African Food Crisis Response and Emergency Facility – a dedicated facility being considered by the Bank to provide African countries with the resources needed to raise local food production and procure fertilizer.”

Dr Adesina was speaking as a guest at the Atlantic Council’s Africa Centre on African priorities.

The implications of the Russia-Ukraine war extend far beyond both countries to other parts of the world and the impact surged world wheat prices by nearly 50% globally, reaching levels identical to those of the 2008 global food crisis.

Dr Adesina says the impact of the war on fertilizer prices, and energy prices could worsen the rising costs of food baskets in Africa in the coming months.

Dr Adesina also spoke about the early successes of the Bank’s innovative flagship initiative, the Technologies for African Agricultural Transformation (TAAT) program, a program that covers nine food commodities in over 30 African countries.

“We are putting our money where our mouth is. We are producing more and more of our own food. Our Africa Emergency Food Production Plan will produce 38 million metric tons of food.” He said.

According to him, TAAT has already supplied heat-resistant wheat varieties to 1.8 million farmers in seven countries, adding that heat-tolerant varieties are now being grown on hundreds of thousands of hectares in Ethiopia and Sudan, with tremendous results.

He says, the Ethiopian government has also put the TAAT program into action in a program of 200,000 hectares of lowland irrigated wheat, where farmers report yields between 4.5 and 5 times a hectare.

TAAT’s climate-smart seeds, according to him, are also thriving in Sudan, which recorded its largest wheat harvest ever – 1.1 million tonnes of wheat – in the 2019-2020 season.

In Southern Africa, heat-tolerant maize varieties have also been cultivated by 5.2 million households on 841 thousand hectares between 2018 and 2019, increasing maize production by 631,000 metric tonnes to a value of $107 million in Zimbabwe, Malawi and Zambia.

Dr Adesina is concerned about the timely need for a robust replenishment of the African Development Fund to support low-income African countries. He says the Fund has connected 15.5 million people to electricity and supported 74 million people with improved agriculture.

It has provided 50 million people have also been provided with access to transport, 8,700 kilometres of roads; and provided 42 million people with upgraded water and sanitation facilities.