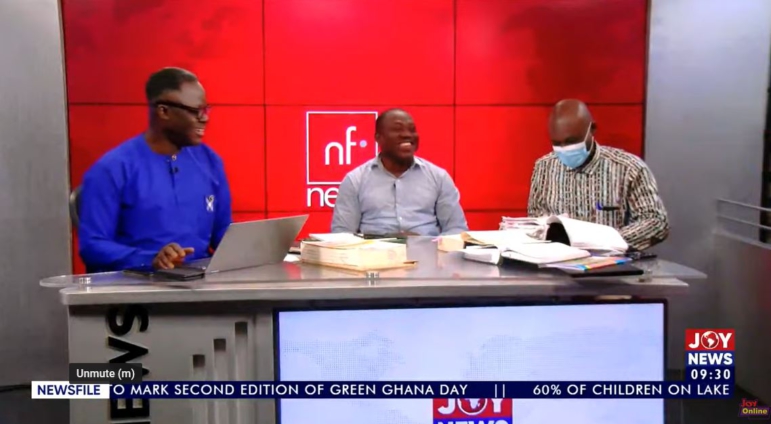 Newsfile host, Samson Lardy Anyenini, and his panelists discussed the over ¢365,000 paid to Council of State members as ex-gratia, as well as the alleged double payment of public sector workers.

There have been several discussions and debates over whether or not the ex-gratia paid to members of the Council is a wasteful burden on the country.

This comes after a former Council of State member, Togbe Afede XIV, rejected over ¢365,000 paid to him for serving on the Council between 2017 and 2020.

While some people praised him for protecting the public purse, others were of the view that he should have used the money for other developmental projects in his traditional area, instead of refunding it.

The Government Statistician, Prof Samuel Kobina Annim, at his inaugural lecture at the University of Cape Coast, said workers in the public sector are generally overpaid for their output.

This did not sit well with some groups and individuals as they accused him of siding with the government amid their calls for salary increment.