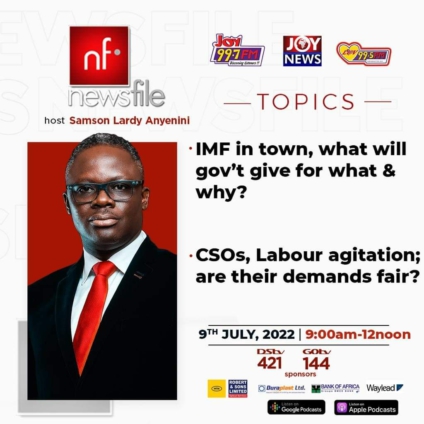 Government’s decision to go to the International Monetary Fund for an almost $3billion bailout has been met with agitations from workers unions across the country.

Unions such as the University Teachers Association of Ghana (UTAG) and the Ghana Medical Association (GMA) have warned that should government renege on promises made to them to increase salaries and cost-of-living-allowances, it would be met with nationwide strikes.

Already all four pre-tertiary teacher unions are on strike after government’s failure to meet their demands of a 20% COLA increase.

Today, on Newsfile, host, Samson Lardy Anyenini, and his panel will be discussing the implications of the government’s IMF move and what lays ahead.