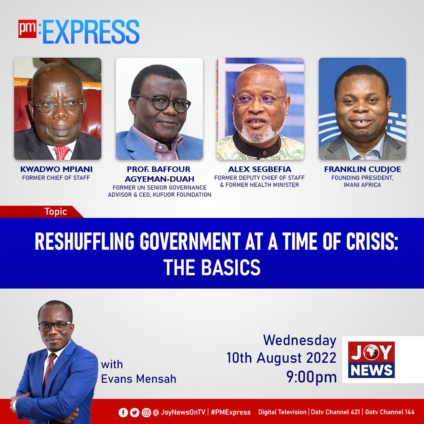 Tonight’s Edition of JoyNews’ PM Express discussed the incessant calls for President Akufo-Addo to reshuffle his current crop of Ministers.

The panellists analysed the calls from all angles of interest to find out if they are in place or if there are ulterior motives just as President Akufo-Addo noted in an interview.