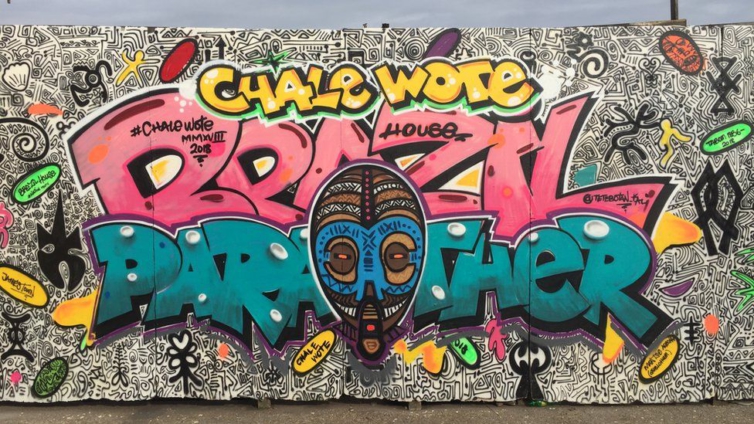 The Accra Central Police have arrested two organisers and an artist at the ongoing Chale Wote Street Art Festival at Jamestown, Accra.

The trio were arrested late Saturday, August 21 outside the Ussher Fort where the virtual Chale Wote event was taking place.

According to onlookers, the police officers just swooped in and arrested the trio without giving any reasons whatsoever.

The polce are yet to justify their actions.

Meanwhile, some artists who were also at the event suspect foul play.

According to one such artist, Nicholas Tetteh Wayo who was interviewed by Accra-based Citinewsroom.com, the police is refusing to release the trio, neither are they giving any reasons for their arrest and subsequent detention.

“It seems they [the Police] are receiving orders from somewhere; from the Mayor, I think. This is something we do every year, and it brings a lot of benefits to the nation and especially the people of Jamestown.

“People make some small money from it, but it seems now they’re preventing the people from making some money without any reason. The police carried out some breakages; some guys were doing performances, and food vendors were trying to sell, and they destroyed everything.”

“Three people were arrested. They are Mantse Ayikwei, Nii Ayitei, and then Kwaku Ananse, who’s one of the artists. They’re currently at the Central Police Station,” he said.

He said the Police during the arrest had destroyed some machines and installations and had scattered food items arranged by vendors at the event.

The action comes after the Accra Metropolitan Assembly released a statement announcing that this year’s event would be held virtual due to the Covid-19 pandemic.

However, Nicholas Tetteh Wayo said if they were arrested for breaching Covid-19 protocols that would be erroneous because they were masked and observing the protocols.

DISCLAIMER: The Views, Comments, Opinions, Contributions and Statements made by Readers and Contributors on this platform do not necessarily represent the views or policy of Multimedia Group Limited.
Tags:
Accra Metropolitan Assembly
Chale Wote