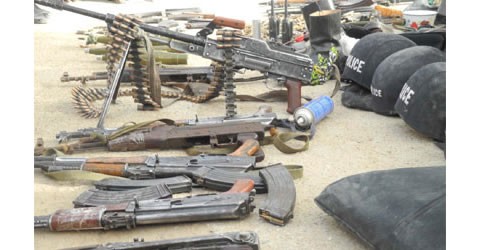 Police in the Ashanti Region have announced a major clampdown on civilians selling military and other self-defense weapons in the region.

They are asking members of the public to help in identifying such persons so they can be brought to book.

The warning comes after a 49-year-old electrical shop operator, Kwame Afrifa was arrested at Asante Mampong for engaging in the selling arms.

He said these and other military weapons which are not meant for public display were impounded.

ACP Ampofo Duku added that the suspect has been detained to help with investigations.

"Investigations will concern itself with how the suspect came across these items and how many people have already been supplied with the items," he indicated.

He encouraged the general public to inform the police about anyone they suspect is dealing in ammunitions without a license.