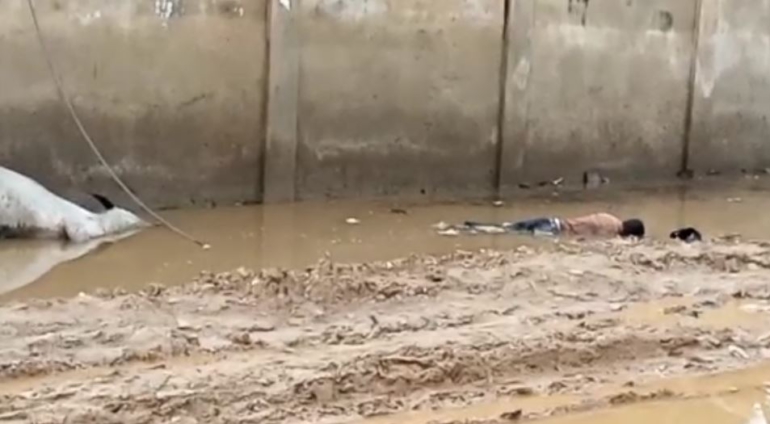 The Ghana Police Service says it has begun investigations into the case of a man who was electrocuted at Avenor after Friday’s downpour.

The incident is reported to have happened between 8 and 9 pm near the VIP bus terminal at Kwame Nkrumah Circle.

He was found lying face down in the water with his belongings.

A cow was also found dead in the flood waters.

Due to this, the residents blocked the road to prevent other people from being affected by the electric shock, since many had no knowledge of the incident.

Speaking to JoyNews, the Accra West Region Communication Officer for ECG Fred Baimbill-Johnson said they are working with the police to unravel the circumstances leading to the death.

Meanwhile, the ECG says it is working to restore power to the area.