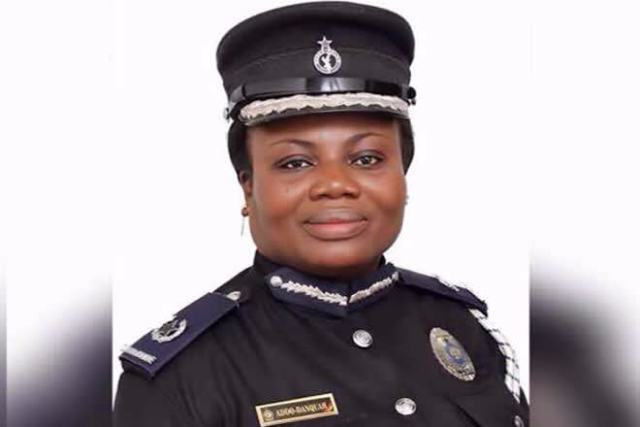 The embattled Deputy Police CID boss caught in a leaked audio recording, will at the right time, take on controversial hip life artiste A plus, the police administration has said.

Deputy PRO at the Police CID Olivia Turkson gave the assurance in an interview on Joy News on behalf of ACP Maame Yaa Tiwaa, Addo Danquah, the officer alleged to be covering up allegations of misconduct against two chiefs of staff.

Turkson said her outfit will do whatever it takes to clear the name of ACP Addo Danquah.

A voice said to be that of the police Deputy CID is heard on a controversial audio tape recording asking A Plus to manage a situation she was supposed to investigate.

She went further to assert in the audio that the president has good intentions but will not be able to achieve his objectives because of the people around him.

The audio has since gone viral with A Plus daring the police to arrest him if they have evidence he has doctored a tape.

ACP Addo Danquah had been tasked by the administration to investigation allegations A Plus made against the two Chiefs of Staff- John Jinapor and Boakye Asenso.

The hip-life musician, among other things accused the two of abusing their office by collecting bribes from people who wish to see the president.

The president who had promised to investigate every single corruption allegation against his men instructed the CID to subject the allegations made by A Plus to critical scrutiny.

The CID after weeks of investigation released a statement claiming there was no evidence to substantiate the claims made by A Plus.

Just when the dust on the allegation was about to settle, a new twist, this time, a leaked tape emerges in which ACP Maame Yaa Tiwaa, Addo Danquah is heard having a not too convinent chat with A Plus, the man she and her colleagues were supposed to investigate.

Critics have been quick to describe the earlier report issued by the CID as a cover up. But the police administration has dismissed the content of the audio tape recording.

Olivia Turkson is convinced the audio was pieced together to tarnish the image of her boss and that of the police administration.

When she was asked if the voice in the recording was that of ACP Addo Danquah, Turkson confirmed it was but added the content of the audio had been “doctored.”

“It is her voice but she never told A plus to drop the case,” she stated.

"She [ACP Addo Danquah] is affirming she never made such a statement…The audio is doctored and no one should attach any importance to it,” Turkson said.