Police exhume body of woman buried by lover near Kasoa 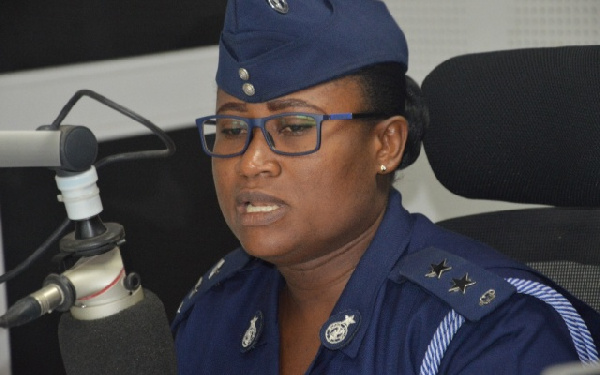 Police at Amanfrom have exhumed the body of a 38-year-old woman who was secretly buried by her lover in the compound of the house they lived together.

The deceased, Akosua Gifty, is believed to have lived with her lover, Apreku Bamfo Akoto; 69, at Amanfrom, near Kasoa, for the past six months.

Briefing Graphic.com, spokesperson for the Accra police, DSP Afia Tenge said on March 14, 2020, the Command received information that Akoto had buried his lover on the compound they resided.

A team of officers followed up on the intel and arrested the suspect after he admitted burying his lover.

Akoto, a ‘bookman’ at the Obuasi Lorry station near the Kwame Nkrumah Circle Interchange, claims the deceased had been sick for about three months.

On March 13, when he returned from work at about 10 pm, he found her in bed but she was not responding to her name, he narrated to the police.

He added he left the house and went out to drink and upon his return, he realised his lover was dead.

“Akoto said he only knew his girlfriend hailed from Obuasi but did not know her family and he had not performed any customary rites so he decided to bury the body in order not to incur the wrath of her family members,” the Graphic reported.

Police secured a court permit to exhume the body.

DSP Tenge said a team made up of a pathologist from the Police Hospital, Environmental Health Protection personnel, and forensic experts from the police CID at Amanfrom exhumed the corpse.

The body, which was decomposed, was put in a body bag after which the Environmental Health Protection personnel disinfested the area.

Some neighbours of the suspect and the deceased who were present claimed they knew the woman had not been well for some months.

DSP Tenge said Akoto has since been charged with the inquest and could also be charged with murder if police investigations established that he had a hand in the death of his lover.