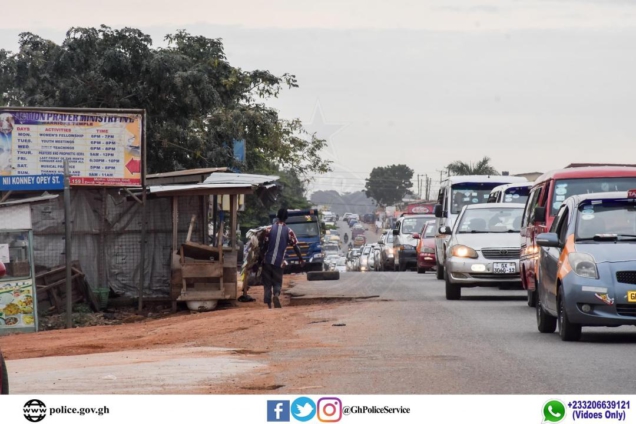 A news brief from the Police said the special exercise, dubbed: “War against road traffic indiscipline,” deployed police personnel to ensure free flow of traffic on the stretch, which also runs through Oyibi, Ashiyie, and Amrahia, between 1430 and 1645 hours.

It said during the exercise, ten drivers were arrested for offenses such as dangerous driving, driving on the shoulders and verges of the road, driving without number plates and unauthorised use of beacon lights.

The brief said two of the vehicles had been deposited at the Oyibi District MTTD, while the remaining eight were at the Adentan MTTD.

Meanwhile, the defaulting drivers are being processed for the court at the Adentan Motor Court.

The brief cautioned all drivers who plied the stretch and other road corridors to adhere to road traffic laws as those who fell foul would be arrested and prosecuted.