Police intensify security in Nalerigu and Gambaga after brawl during football match - MyJoyOnline.com 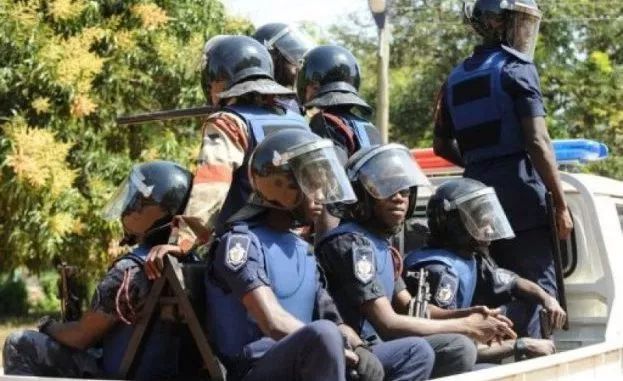 Police in Nalerigu in the North East region say they have intensified security in Nalerigu and Gambaga following a near clash between some youth there.

According to them, a disagreement during a football match on Friday in Gambaga led to a violent confrontation in which some Nalerigu supporters were said to have been attacked and severely beaten.

In retaliation, the police said, the youth of Nalerigu also attacked yellow yellow drivers and some residents from Gambaga.

“There was a confrontation between Gambaga and Nalerigu after a football match,” ASP Godwin said.

“The people of Nalerigu alleged that they were beaten by Gambaga people, and, therefore, they wanted to retaliate”, the officer continued.

He added, “today [Saturday] being market day, the planned that if they [Gambaga people] come, they will retaliate.

“But we heard the news yesterday and intervened. We got even the Nayiri to intervene and we are monitoring the situation”.

The two towns of Nalerigu and Gambaga have been peaceful neighbours for decades.

But the relationship between the residents has occasionally been testy and turbulent amidst entrenched redlines and unwilling to comprise when crossed.

There has been a longstanding traditional feud between the two most important towns in Mamprugu.

There is an uneasy calm in the area fueled by politics between the two neighbours after the creation of the North East region following a misunderstanding over the siting of the regional capital.