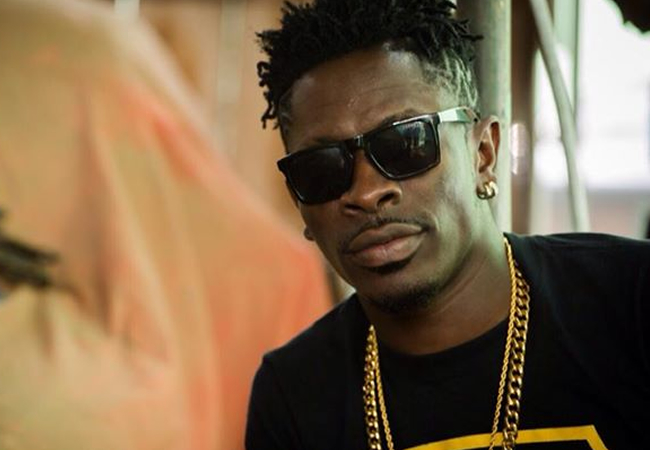 The artiste, together with some persons believed to be his new handlers, was at the CID headquarters in Accra Wednesday.

While it is unclear the reason behind the invitation, many suspect it could be linked to an interview he granted Pluzz FM following his split from management outfit, Bullhaus Entertainment.

There was a huge public uproar following some comments he made during the interview prompting sections of the general public to demand that the police investigate some of his claims.

Shatta Wale told the station his former manager Bulldog had threatened to kill him like he did someone.

The police, according to reports, requested a copy of the award-winning artiste’s interview. Sources hint that, the CID has commenced investigations into the claims made by Shatta Wale.

There seems to be a lot of drama following Bullhaus Entertainment announcement last Saturday that it has served ties with Shatta Wale.

The statement said, “The management of Bullhaus wishes to bring to the notice of the general public that we longer have a working relationship with multiple award winning artiste A.K.A. Shatta Wale effective immediately.”

The pair worked together for about three years and it’s unclear what might have caused the parties to part ways.

Their stint together saw the dancehall artiste rise to become a multiple award winning act and one of the most talked about musicians in Ghana.

He won Artiste of the Year at the 2014 Ghana Music Awards, an event he failed to attend due to a feud with organisers, Charterhouse.