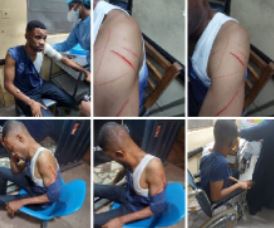 The Ghana Police Service has commenced investigations into the alleged attack on Kofi Adoma Nwanwani, the Director of News at Accra-based Angel Broadcasting Network (ABN).

The Service said it began investigating the case immediately it came to its attention.

The Police made this known in a brief press statement posted on its social media pages on Sunday, August 7.

“The Police are investigating alleged attacks by some unknown persons on Stephen Kofi Adomah, a staff of Angel Broadcasting Network on August 6, 2022, at Old Ashongman Village in Accra.

Investigation into the alleged incident commenced immediately the matter came to the attention of the Police.”

Kofi Adoma Nwanwanii is currently on admission after being attacked by some unknown persons around Old Ashongman.