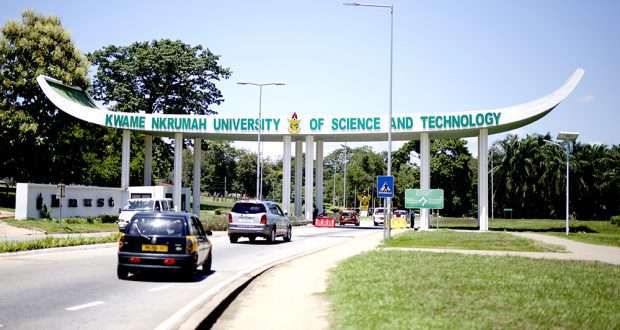 The interdicted police officer and the final year student of Kwame Nkrumah University of Science and Technology (KNUST) have for the second time been denied bail.

The duo, L/Cpl Frank Adu Poku and Joel Osei Owusu were arrested on Friday, July 22, after they allegedly gang-raped a first-year student of the University on Tuesday, July 19, 2022.

They made their maiden appearance before the Asokore Mampong District Court on Thursday, July 28, and were remanded into police custody.

Appearing before the Court on Tuesday, the lawyers for the accused persons stressed the need for the clients to be granted bail.

The legal representative for the KNUST student argued that the continuous incarceration of his client on the basis of a “mere allegation” is a violation of his rights and liberties.

On the part of the interdicted police officer, his lawyer, Kwaku Yeboah Akowuah said since the docket has been submitted to the office of the Attorney General, he assumed the police have completed their investigations and as such, there is no need to continuously keep his client in police custody.

He added that the police also know his client’s fixed place of abode and as a result, he should be granted bail as he will cooperate with the police and attend court proceedings as well.

However, the prosecution opposed the defendants’ argument.

Head of Legal and Prosecution, ACP Kofi Blagodzi stressed that the police are still conducting investigations into the case.

He further told the court that the KNUST lawyer says processes are underway to suspend the student, as such, there is no need to grant him bail to go and write his exams.

The Magistrate, Buabin Quansah after hearing all parties denied bail.

He explained that there is public interest attached to the matter.

After the court proceedings, ACP Kofi Blagodzi said due to the public interest associated with the case, the Attorney General’s office work quickly to deliver its advice on the matter to ensure the committal processes begin as early as possible.

“The lawyers for the accused persons repeated the application for bail, and I drew the court’s attention that my Lord has no jurisdiction to grant bail in respect of this matter. Because this is a first-degree felony offence of rape, I made my Lord aware that they know the appropriate forum that they have to make such an application. This forum is not convenient.

“That’s what I made my lord aware of, and my lord has heard my submission and remanded them. In respect of this matter, the Attorney General is very much aware of the public interest, so they are also working very speedily to come and proceed with the committal proceedings. So this is what I made the court aware of. The police officer has been interdicted,” he told Accra-based CitiNews.