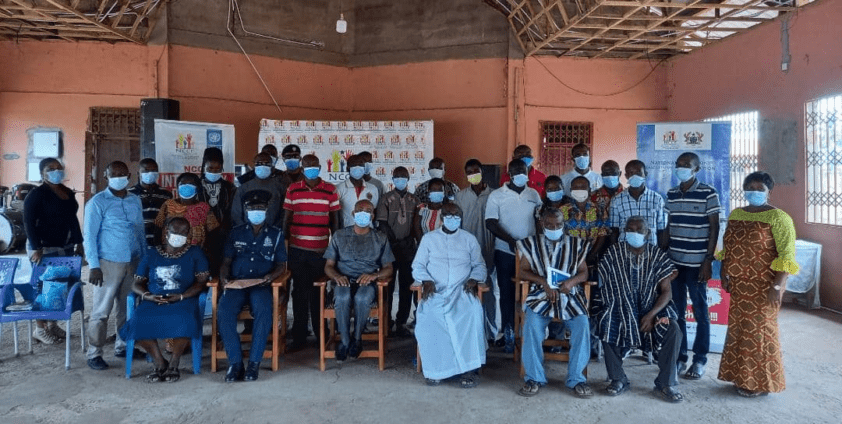 The Afadzato South District Director of the National Commission for Civic Education (NCCE), Mrs Ellen A. Amankwa has noted that political parties have a crucial role to play in forging national cohesion, peace and security.

She said there is the need to reinforce the role of political parties as key stakeholders for ensuring peace and security in the district and the country as a whole.

Mrs Amankwa, addressing participants during an Inter-Party Dialogue Committee (IPDC) meeting at Ve Golokuati, noted that the Commission and the National Security Ministry have implemented a series of activities in the district to promote vigilance and protect it against violent extremism and aggressiveness.

She said the activities were implemented to address threats to Ghana’s internal security and national cohesion emanating from local socio-economic and cultural grievances, poverty, unemployment, religious tensions, marginalisation and inequality.

The Director noted that there is the need to also deepen the existing collaboration between the NCCE, political parties, the youth, security agencies, District Assemblies, traditional authorities, civil societies and community leaders towards ensuring peace nationwide.

Mrs Amankwa urged the participants to make good use of the outcome of the meeting to strengthen intra party cohesion.

The meeting was on the theme, “Empowering Ghanaians to stand for National Cohesion and Inclusive Participation.”

Mr Justice Mensah, a representative of the National Security Ministry, said there is the need for unity among all political parties, religious bodies and youth groups.

He said issues of violent extremism have been recorded in neighbouring countries, which called for vigilance and unity to be able to deal with any such issues in the country.

Mr Mensah said parents must be vigilant and watch the actions of their wards and the groups they associate with, how they dress and the kind of words they use in their speeches.

Assistant Superintendent of Police (ASP) Alex Cosmos, Afadzato South District Commander, noted that grievances expressed by people must be addressed rather than shelved since that could generate conflicts.

He said, “without peace, we cannot have national cohesion. That is why we keep talking about peace all the time. It is not easy to have peace and we do not use the money to buy peace.”

The Commander urged the participants to live peacefully and in harmony with one another and urged them to learn to resolve issues outside the courts, especially through mediation, arbitration and Alternative Dispute Resolution (ADR).

Mr Fabian Vorvor, Afadzato South District Coordinating Director, noted that the Assembly is ready to support the District’s IPDC and called on the participants to always ensure peace.