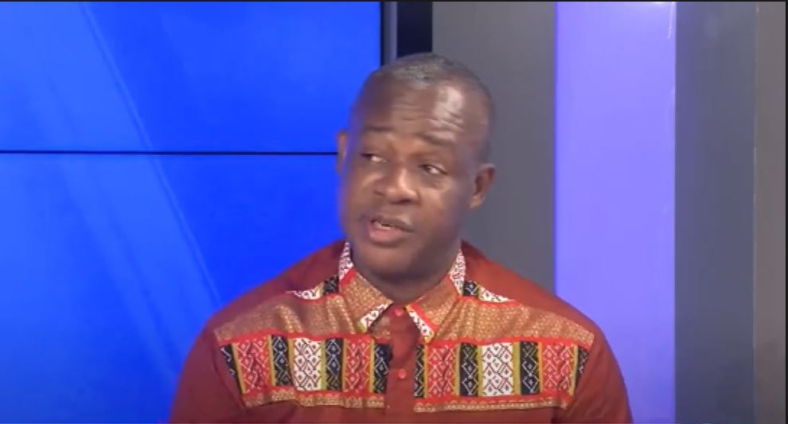 A Security Analyst has called on politicians to desist from interfering with the administration of the newly appointed Acting Inspector-General of Police, COP Dr George Akuffo Dampare.

According to Adam Bonaa, this move if adhered to will ensure diligence in the work of the new police chief who he believes has the capacity to restore confidence in the service.

“I know Dr Akuffo Dampare very well and I am going to hold on, give him all the benefit of the doubt on believing that the politicians would not bastardize his administration. They would allow him to do his work,” he said on JoyNews’ PM Express.

The security analyst expects the new Acting IGP to be “very assertive and ensure that the politicians will stay away from him and he is going to do his work.”

Mr Bonaa also highlighted the need for Dr Damapare to build bridges since “the current Police administration that he has inherited is nothing to write home about.”

“I am hoping that he is going to build solid bridges and bring all the stakeholders to a round table to ensure that this country becomes the place that we’ve all been hoping for,” he said.

His comment follows the appointment of COP Dr George Akuffo Dampare as Acting Police Chief of the Ghana Police Service by President Akufo-Addo.

He takes over from James Oppong-Boanuh, who was appointed back in October 2019 after Mr Oppong-Boanuh was directed to embark on terminal leave with effect from August 1, pending his retirement from the Ghana Police Service on October 7.

Meanwhile, Vice Chairperson of Defence and Interior Committee of Parliament, says the appointment of COP Dr George Akuffo Dampare as Acting Inspector-General of Police (IGP) is expected to restore confidence in the Ghana Police Service.

According to Ophelia Mensah Hayford, the appointee is someone who is aware of issues confronting the Service thereby makes him the right candidate to fit the portfolio.

“He has worked as an administrator of an Auditor, he has been with the Investigation Department and he knows all the issues.

“He’s been an Operations Commander before and during his tenure, we saw a lot of changes within the police service so he coming as an Inspector General of Police, I am positive and I know he is going to change a lot of things,” she said on Wednesday.

DISCLAIMER: The Views, Comments, Opinions, Contributions and Statements made by Readers and Contributors on this platform do not necessarily represent the views or policy of Multimedia Group Limited.
Tags:
Adam Bonaa
COP Dr George Akuffo Dampare
Inspector General of Police
Politicians
Security Analyst