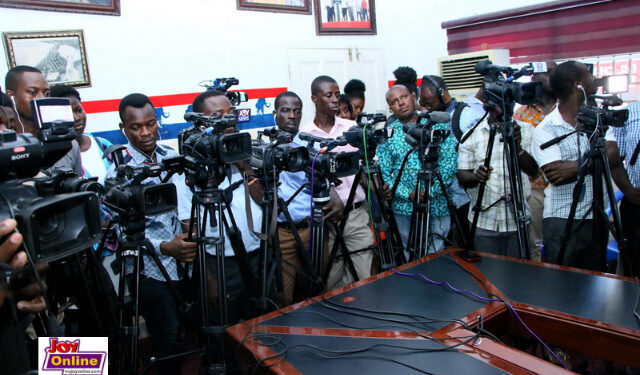 A recent Afrobarometer survey data indicates that popular support for media freedom in Ghana has increased sharply, bouncing back to the majority view after a drastic decline recorded in 2017.

The results of the survey which were released by the Centre for Democratic Development (CDD)- Ghana, on Sunday, May 3, 2020, also shows that a large majority of Ghanaians want the media to constantly investigate and report on government mistakes.

However, very few believe the media is actually free to report news without government interference.

Amid concerns about aggression and intolerance toward the media, Ghana ranked 30th in the recently released World Press Freedom Index 2020, falling seven places from 23rd position in 2018, and dropping from Africa’s No. 1 spot to third.

Comparing preliminary data from Afrobarometer Round 8 surveys in 2019 in eight African countries, Ghana recorded the largest increase in support for media freedom.

It also noted that support for the media’s watchdog role remains high. Eight in 10 Ghanaians (82%) say the media should constantly investigate and report on government mistakes and corruption, a 7-percentage-point increase compared to 2014.

Seven in 10 Ghanaians (72%) say the media is “not very free” or “not at all free” to report or comment on news without government censorship or interference. Only two in 10 (19%) think the media is “somewhat free” or “completely free” to do so, the second-lowest perception of media freedom among eight countries surveyed in 2019.

Afrobarometer surveys
Afrobarometer is a pan-African, nonpartisan survey research network that provides reliable data on African experiences and evaluations of democracy, governance, and quality of life.

Seven rounds of surveys were completed in up to 38 countries between 1999 and 2018. Round 8 surveys in 2019/2020 are planned in at least 35 countries. Afrobarometer conducts face-to-face interviews in the language of the respondent’s choice with nationally representative samples.

The Afrobarometer team in Ghana, led by the Ghana Center for Democratic Development (CDD-Ghana), interviewed 2,400 adult Ghanaians between 16 September and 3 October 2019.

DISCLAIMER: The Views, Comments, Opinions, Contributions and Statements made by Readers and Contributors on this platform do not necessarily represent the views or policy of Multimedia Group Limited.
Tags:
Afrobarometer
Media Freedom