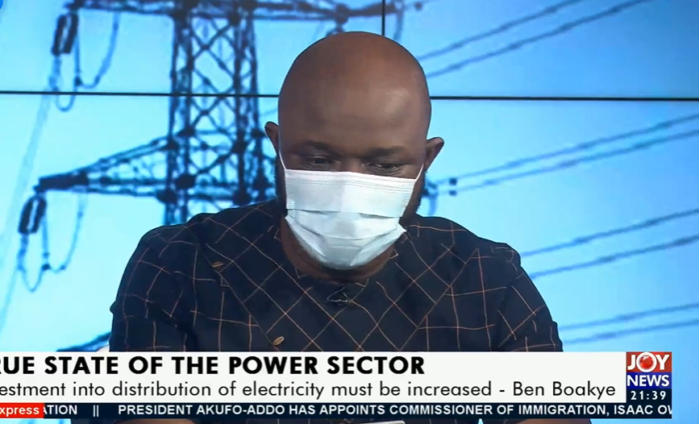 The Africa Centre for Energy Policy (ACEP) has recommended that government weans itself off the management of the country’s power sector.

The energy think tank’s Executive Director believes the situation is one of the root cause of the sector’s woes as far as the generation and distribution is concerned.

“It comes down to the reality that we can’t continue to have government managing the power sector,” ACEP indicated.

The latest Auditor-General’s Report revealed that the Ghana Grid Company Limited was owed over ¢230 million, a chunk of which came from state agencies.

This comes at a time when consumers in parts of the country have also complained of intermittent power cuts, widely refered to as ‘dumsor.’

GRIDCo has explained that some parts of Ghana will soon experience more intermittent power outages to enable engineers and contractors work on some substation plants and is in talks with the Electricity Company of Ghana (ECG) to curate a timetable to allow for the maintenance works from April to July 2021.

However, ACEP believes government’s involvement in the value chain does not help matters as the debt being accumulated on their part could cripple the sector’s finances because “they owe the biggest.”

Speaking on JoyNews‘ PM Express, ACEP boss Benjamin Boakye feared that the consumers may eventually be forceed to take the fall by “we are going to be called upon to pay” if push comes to shove.

“We need private capital injection… It [PDS] failed because politicians made it fail. It didn’t fail on it’s own. It was a structure that was set up to independently run and it was hijacked into the failure that we saw,” he said Monday.

He told Evans Mensah that; “If we don’t fix it now, we are going to be called upon to pay. If we had fixed it before PDS and all the saga, we wouldn’t be asked to pay 20p today on a litre of petrol.”

The energy expert foresees an increment in electricity tariffs in the short term by the Public Utilities Regulatory Commission (PURC) because “this is a major tariff review year” amid an unstable electricity distribution.

“Its a guarantee that tariffs will go up significantly. If it doesn’t go up, then government needs to raise the money to support the power sector. It is a very worrying situation and that is why we need to improve the system.”

Mr Boakye is certain that the indicators available suggest a looming crisis in the energy sector that has the potential to stifle electricity generation and distribution.

“If you track the trips across the country, we are heading towards a crisis situation. And I am happy that they are arranging to come out with a timetable that allows people to plan,” he explained.

The Auditor-General’s Report on GRIDCo debts

Others include Great Consolidated Diamonds and Free Zones Board bringing the total to more than ¢230 million.

DISCLAIMER: The Views, Comments, Opinions, Contributions and Statements made by Readers and Contributors on this platform do not necessarily represent the views or policy of Multimedia Group Limited.
Tags:
Africa Centre for Energy Policy (ACEP)
Benjamin Boakye
Power outages