Power fluctuations will soon be over – Energy Minister 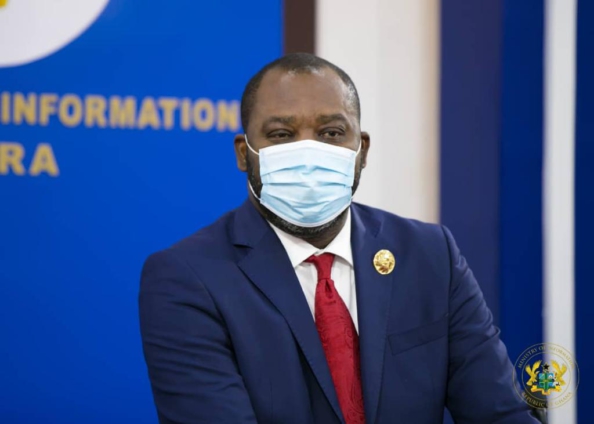 The Minister of Energy, Dr. Matthew Opoku Permpeh, has entreated Ghanaians to exercise patience as the government is investing financial resources towards the upgrading of the power operating system in the country.

This, he said, would ensure efficient and reliable power supply to both domestic and commercial power consumers to improve their businesses.

Dr. Opoku Prempeh gave the assurance when he led a delegation, comprising officials from the Millennium Development Authority, Electricity Company of Ghana, and Volta River Authority, to inspect the Kasoa Bulk Supply Point, on Tuesday.

The country in recent months has witnessed frequent power cuts, especially in parts of the national capital, Accra, resulting in public outcry.

A section of the public has accused the government of not telling Ghanaians the truth about the power situation and suspected that government has no money to buy fuel for the power plants.

It is in this light that the Energy Minister, over the past two weeks, had been touring some power projects being undertaken by the government to ending the power outages.

The Kasoa BSP is 435 MVA, which is about 50 percent complete, and expected to improve power supply to Winneba, Mallam, and parts of the Greater Accra and Central regions.

The project is being implemented by the Millennium Development Authority (MiDA), under the Ghana Power Compact Two and falls under the Millennium Challenge Corporation (MCC), which the US government provided US$308 million to the government of Ghana, to improve its energy needs and curb power transmission losses.

Mr. Matin Esson Benjamin, the Chief Executive Officer of MiDA said the Kasoa BSP was being constructed by Semens Engineering at a cost of US$50 million and expected to be completed in August, this year.

He said the construction of the Kasoa BSP was timely, as it would improve power supply to residents of Mallam, Kasoa, Winneba among others, and would benefit about 300, 000 residents in parts of the Greater Accra and Central regions.

DISCLAIMER: The Views, Comments, Opinions, Contributions and Statements made by Readers and Contributors on this platform do not necessarily represent the views or policy of Multimedia Group Limited.
Tags:
Dr. Matthew Opoku Permpeh
Electricity Company of Ghana
Energy Minister
Volta River Authority