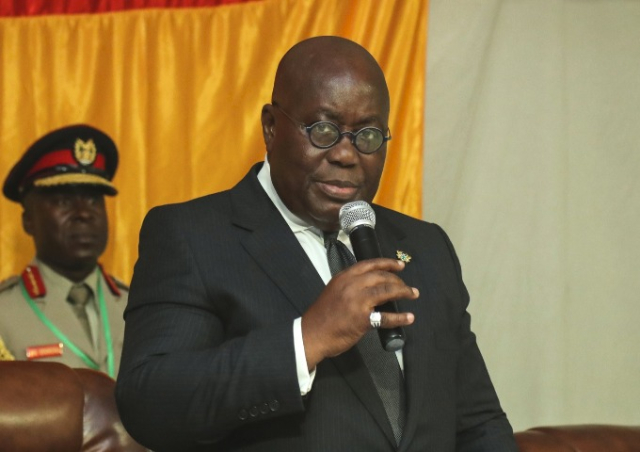 “In spite of the recent happenings at the Public Procurement Authority (PPA) surrounding its suspended acting CEO, ¢2.75 billion has been saved for the public exchequer from January 2017 to July 2019,” he disclosed.

He explained that this was “as a result of the PPA reviewing contracts brought before it for approval either under sole-sourcing or restrictive tendering procedures.”

This, the President Akufo-Addo stressed, is in sharp contrast to the performance of the PPA in the years before 2017, when approvals were given as a matter of course, and no savings achieved at all.

President Akufo-Addo made this known on Monday, when he delivered a speech at the 2019 Bar Conference of the Ghana Bar Association, in Takoradi, in the Western Region.

“An isolated case in point is the contract awarded in 2016 for the supply of 250,000 bags of ‘Asaasewura’ cocoa fertilizer.

Information from the PPA also reveals savings made by the Akufo-Addo Government from the contract between COTVET in 2012, for the Rehabilitation and Upgrading of Equipment in Polytechnics and Technical Universities.

It will be recalled the NDC Government in 2012, signed a Contract with AVIC International Holdings) from China, for the rehabilitation and upgrading of equipment in Polytechnics and Technical Universities in the country.

Upon assumption of office, the Akufo-Addo Government, through the Education Ministry, renegotiated the terms of the original agreement signed under the NDC regime and ensured an increase in the number of Polytechnics to have their equipment upgraded from five to ten.

Additionally, the number of technical institutions to have their equipment upgraded and rehabilitated increased from ten to 13 with an additional of extra period of three years after-sales service support to the two years warranty period originally agreed between the NDC Government and the Contractor.

These significant increases, according to the PPA, were within the originally approved Contract price of $119.1 million.

Touching on the banking crisis, President Akufo-Addo was “expectant that the criminal conduct, if any, of those responsible for the banking crisis, which is undergoing detailed scrutiny, will be brought to justice very soon, if prima facie evidence of criminality is found, which, according to my information, is likely.”