PPA to clamp down on unauthorised procurement officers 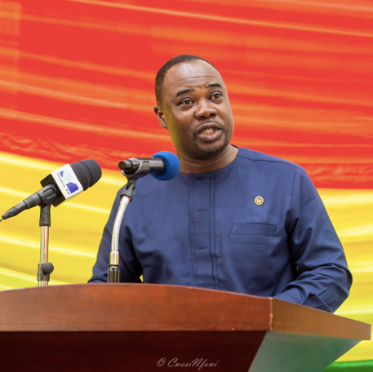 Speaking at the 9th annual PPA public forum on Wednesday, acting Chief Executive Officer, Frank Mante, stated that the PPA would embark on a procurement assessment exercise to evaluate officers’ records covering the past two years.

Other procurement staff who are not officers but are also involved in procurement processes will also be included in the evaluation, he said.

“In times past, PPA did not push for people to be prosecuted for infractions of the law. Hence our determination to crack the whip now.”

According to Mr Mante, the PPA will liaise with the Attorney-General and the Special Prosecutor to sanction persons who do not comply with the above-mentioned law.

He said, “any officer who would be found to have contravened the law would face prosecution.”

Also at the public forum, was the Minister of State in-charge of Public Procurement, Adwoa Safo, who revealed that her outfit has developed a code of conduct which seeks to guide the operations of procurement practitioners across the country.

It serves as the highest ethics and standards code for benchmarking procurement practitioners, suppliers, contractors and service providers in accordance with the procurement act.

Ms Safo’s office is currently working to assess past and present performance records of all contractors, consultants, suppliers on their performance abilities and their financial capabilities.

She said that the worst performers of the assessment would be suspended or debarred for a specified period to ensure fairness, accountability, integrity, transparency and value for money.