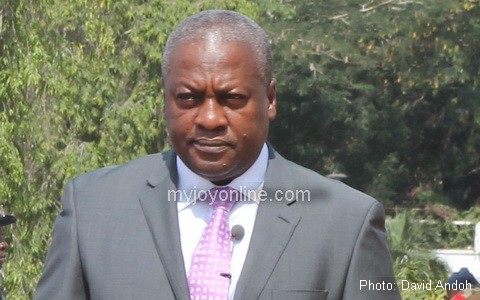 President Mahama is demanding answers from engineers at the burnt Electricity Company of Ghana (ECG) Achimota sub-station after it was gutted down by fire on Sunday.

The President is also asking why the engineers could not anticipate the fire and prevented it.

The sub-station on Sunday caught fire resulting in an outage which affected the eastern part of Accra which makes up more than half of the city.

“I’ve asked the Minister of Energy and Petroleum to once again demand answers from engineers and management to explain why this latest fire could not have been anticipated and prevented since it’s well known that such occurrences have been recorded in the past anytime we have had heavy down pours”, the President said.

The President was speaking at the commissioning of a New System Control Center in Tema.

President Mahama also said the security agencies have been directed to intensify their investigations and apprehend all those behind recent fire outbreaks in the country.

“We are having too many fires and intelligent agencies have been asked and directed to intensify their intelligence gathering and surveillance because there are indications that some of these fires go just beyond the ordinary.”

President Mahama intimated that government suspects arson in the recent fire outbreaks in the country.