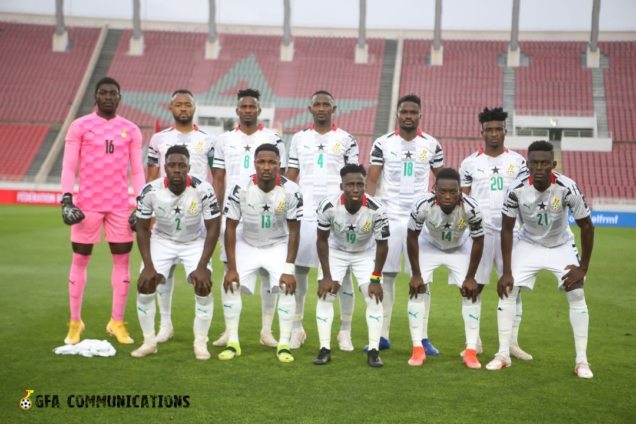 Ghana begin their quest to qualify for the 2022 World Cup when they host Ethiopia at the Cape Coast stadium on Friday.

The Black Stars return to action after two friendly games against Morocco and Ivory Coast in June.

Charles Akonnor’s men find themselves in Group G for the 2022 World Cup qualifiers alongside South Africa, Zimbabwe and Ethiopia.

The visitors had to fight for their spot in the group qualifiers after a preliminary knockout game against Lesotho, while the hosts come in with high hopes of reaching next year’s continental showpiece as one of the favorites in Group C.

After an impressive run of three consecutive World Cup appearances (2006-2014) – including a quarter-final appearance in 2010, Ghana failed to qualify for the 2018 tournament in Russia and will be keen to make a quick return.

The Black Stars have since endured a tough spell, failing to reach expected standards in the 2019 African Cup of Nations (AFCON), as the team were knocked out in the round of 16 stage by Tunisia in a penalty shootout.

Ghana have since embarked on a redemption journey which has seen them book a qualification slot in the 2021 AFCON after topping Group C with 13 points from six games.

However, the most recent round of friendlies in June saw the Black Stars succumb to a 1-0 defeat at the hands of Morocco, before they played out a goalless draw with Ivory Coast.

In Ghana’s bid to avoid another four years without an appearance at the World Cup, the four-time AFCON champions will be hopeful of getting off to a winning start on Friday, as they take on an Ethiopia side who only scraped through the first round to reach this stage.

They drew 0-0 on home turf, and a Nkau Lerotholi own goal saw the away leg finish 1-1, with Ethiopia winning the tie on away goals as a result.

Since that triumph, they have won five of 14 games in all competitions, beginning with a shocking 2-1 victory over Ivory Coast in an AFCON qualifier.

Wubetu Abate’s side qualified for next year’s AFCON tournament after finishing off 2020 with a comprehensive 3-0 victory over Niger, before returning to action in March with consecutive 4-0 victories, firstly defeating Malawi in a friendly before cruising past Mozambique in the qualifying group.

On the back of a 2-1 win over Uganda on Sunday, Ethiopia will hope to defy the odds and start with a victory in their attempt to qualify for the World Cup for the first time in their history.

Akonnor will almost have the full complement of his squad to choose from on Friday. Due to the Covid concerns, the head coach augmented his squad, adding four players to his initial 30-man squad.

The two absentees are key players in the middle of the park in the form of Thomas Partey and Mohammed Kudus who are both injured.

There is competition for places in defence as Jonathan Mensah returns to the national team since 2019 and joins a host of center backs in the squad including Alexander Djiku, Daniel Amartey, Ismael Ganiyu and Joseph Aidoo.

Kamaldeen Sulemana joins the team for the first time after completing his move to Rennes this summer. In-form Yaw Yeboah also gets a call-up after a string of impressive performances in Poland.

Despite failing to play a competitive game this season for Al Sadd, Andre Ayew is expected to start the game.

The majority of Ethiopia’s talent comes in the front line, with Abubeker Nassir having hit 29 goals in 23 appearances in the domestic top flight last season, while Mujib Kassim and Getaneh Kebede netted 20 and 15 goals respectively.

Kebede holds the all-time scoring record for his nation, and Abate should find a system to allow him to field all three dangerous attackers.

Yared Baye and Aschalew Tamene could partner up at the heart of a back four, shielding Fasil Gebremichael between the sticks.

Both teams will be cautious in the opener of a World Cup qualifier and will remain compact. The onus lies on Ghana, the home team, to force the issue. Ghana’s record at the Cape Coast stadium is impressive and with the attacking options available they remain favorites against an in-form Ethiopian side.