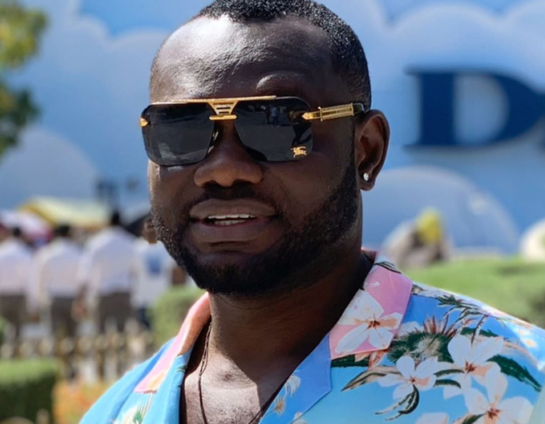 Actor, Prince David Osei, is being dragged on Twitter following his outburst on Instagram about the state of the economy.

Earlier, the actor had taken to his Instagram page to issue an ultimatum that by December should the economic situation in the country not improve, “we will mobilise the youth of this country and hit the street irrespective of party affiliation.”

Now this comes as a surprise to a lot of Twitter folks as Prince David Osei is a staunch supporter of the ruling government and had even campaigned openly for the Ayawaso West Wuogon’s NPP candidate now Member of Parliament, Lydia Alhassan.

Also, at the height of the #FixTheCountry demonstrations, the actor had taken to his Twitter to admonish agitating youths to fix themselves first.

“Just maybe if we fix ourselves first, then we can fix our country, we’re all full of hate, greed, selfishness and nonchalant attitude. God help [Ghana] #FixYourSelf.”

Following his outburst some Ghanaians have been reacting;

Prince David Osei is blocking the same youth he wants to mobilize for the demonstration. Unless his family members and ancestors ooo

I like Prince David Osei’s change of mind cos only a fool who doesn’t change his or her mind but Bro what motivated u to tweet those words when de youth of GH where demanded a lot from their leaders? @PrinceDavidOsei, before we join u on dis agenda kindly apologize to de youth!

Make somebody tell Prince David Osei that Mr President is breaking the 8, this is even comedies😭😭

The same Prince David Osei that told Fix The country people to fix themselves now want to mobilize people to do protest against Addo D? We should put him on table and lash that man. Now his money finish.

Prince David Osei called Ghanaians lazy and selfish at the time when the ordinary Ghanaian was asking gov’t to fix the country.

Fast forward to 2022, as he dey feel the heat now, he wants to mobilize boys and demonstrate against a party/gov’t he campaigned for. 😅

Prince David Osei forgot the money he took wouldn’t last 4 years and is now complaining. He should fix himself lol, 4 more to do more 😂🔥

We were talking about these things and Prince David Osei said we should fix ourselves. Now u say make we hit street? Go do what?
pic.twitter.com/LsO1SUy5qL

DISCLAIMER: The Views, Comments, Opinions, Contributions and Statements made by Readers and Contributors on this platform do not necessarily represent the views or policy of Multimedia Group Limited.
Tags:
Prince David Osei
Twitter