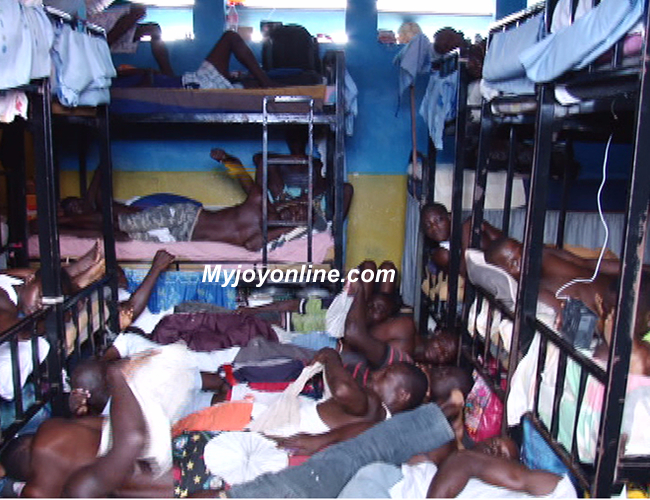 Government has assured the Ghana Prisons Service it will allocate more funds to the Service in the next budget.

President Mahama says this will help the Service acquire the necessary resources to efficiently run the prisons.

Almost all the 43 prisons in the country are overly congested making inmates live in deplorable conditions.

The President will take a tour of the Nsawam Medium Security Prisons today to interact with inmates and also check on the overstretched facility. But ahead of that, President Mahama says he is bent on revamping the prisons.

Speaking at the launch of the Prison Efiase Project, the President said “in the next budgetary cycle, I intend to push for an increase in resource allocation for the Ghana prisons service.

“This will help to increase the procurement of vehicles, logistics, communication equipment and accommodation for the Ghana prisons service”, he added.

The President believes that the Prisons Service can generate sufficient resources to sustain itself if the required opportunities are provided but added that “it first of all needs a push and that push must come from government”.

He advised that although prisoners may have been taken away from society and kept in cells for a while, they are still humans and have rights – only that their rights to freedom of movement have been curtailed– but all other rights are active and they therefore must be treated well.

The President will be taking along with him the Finance Minister, Seth Terpker.

It is the President’s hope that the Minister’s presence will enable him appreciate the importance of allocating a lot more money for the Service.

The Chief Justice and other members of the Diplomatic Corps will join the President on his tour.

However, a Court of Appeals Judge, Constant Hometowu says there are certain important areas President Mahama must pay attention to when he tours the facility.

He mentioned conditions of detention – places of sleep, water and toilet facilities as relevant portions of the prisons that must be attended to urgently.

Judge Hometowu said the deplorable nature of these places in the prisons is something no human being should be allowed to undergo because it was “inhuman and degrading”.

He appealed to the President to come to the aid of the inmates because he has the power.