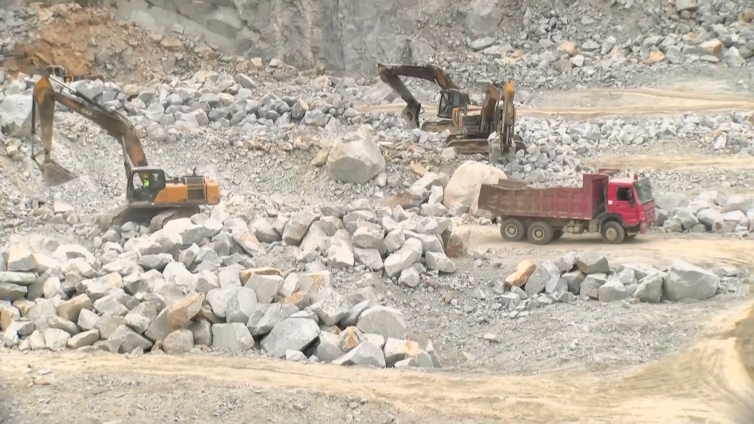 The Ministry of Lands and Natural Resources has observed a threat to future mining of granite deposits as quarry sites in the Ashanti region are encroached by private developers.

The local assemblies say it’s becoming increasingly difficult to mine the resource.

Deputy Minister of Lands and Natural Resources, George Mireku Duker, says structures found to have breached any laws face demolition without compensation to their owners.

“We take ₵5 per cubic meter for every load that goes out of Afigya Kwabere South. Out of the ¢5, a cedi comes directly to the assembly as Business Operating Permit.

“Another cedi is also given to the Quarry Association to help them develop themselves. The remaining ¢3 will be used for development projects for the community to benefit” he said.

He said structures found to be illegal would be demolished.

“If I have my concession that has been legally secured and you come and build in the concession without any permission from the assembly nor the Lands Commission, why not! The person doesn’t need any compensation”, the Minister said.

Some of the developers told our news team traditional authorities who sold the Lands to them failed to indicate they were within buffer zones.

“We’ve been chasing the chief who sold the land to us. We did not envisage that the stone will be mined when we were building.

“Now the mining is destroying our building. We are ready to comply with whatever the authorities will say”.

DISCLAIMER: The Views, Comments, Opinions, Contributions and Statements made by Readers and Contributors on this platform do not necessarily represent the views or policy of Multimedia Group Limited.
Tags:
Afigya Kwabre South District
Ashanti Region
George Mireku Duker
Mining sites
Ministry of Lands and Natural resources