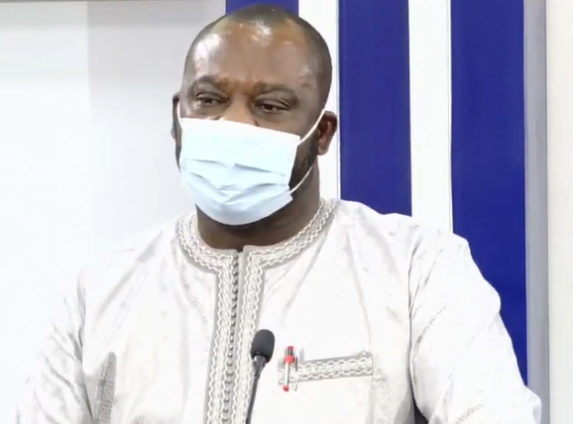 Minister for Energy, Matthew Opoku Prempeh has indicated that projects being undertaken by the Ghana GRID Company Limited (GRIDCo) to address recent challenges in the energy sector are near completion.

Addressing the press Sunday, on measures being taken by the government to provide uninterrupted power supply, Mr Opoku Prempeh disclosed that the Pokuase Bulk Supply Point is 95 per cent complete while both the Kasoa Bulk Supply point and Kumasi to Kintampo transmission lines are above 60 percent complete.

He is optimistic that by the end of the year, these projects would be commissioned by President Akufo-Addo.

“We have been to GRIDCo’s bulk-purchasing points at Pokuase. They have now gotten to the stage where they are ready for commissioning. By July, His Excellency the President might formally go and outdoor that power station whose construction necessitated the power outages in some eastern parts of Accra that ECG announced.

“Kasoa Bulk Supply point is over 60 per cent complete and we hope that by the third quarter, we would have finished to improve the Eastern Corridor or Western Corridor.

“The Kumasi to Kintampo 330 KVA is about 75 percent complete. All these three projects we hope by the end of this year, we would have finished them, commissioned them, and begin to have reliable and stable electricity across the country,” he said.

According to the Minister, works on the Kumasi to Kintampo lines would ensure that the reduction in voltage would be addressed since the 330KV transmission lines would free up space and make power more reliable.

“We are fixing the problem of Ashanti and the northern parts of the country as far as the voltage is concerned. Moving the Ameri Plant, as we have indicated, from its coastal basin to the middle belt, would ensure balancing of the voltage and stabilization of the power network,” he added.

He, therefore, called on members of the general public to exercise restraint because the VRA, ECG and GRIDCo are undertaking some serious work that will lead to a solution to the recent challenges.

“I believe the power outages that Ghanaians have suffered is not pleasant, in the sense that we are interrupting supply in order to fix the problems. But the problem is being fixed and with patience and support, this government will truly deliver,” he stated.

Parts of the country have been subjected to power outages since the beginning of the year due to congestion on the transmission lines, power service providers have said.

The government, following this development, has entreated citizens to brace themselves for some power interruptions as it implements various projects to resolve the issue, hopefully by the end of the year.

Meanwhile, Energy Minister Opoku Prempeh has denied reports that the entirety of Accra has been provided a ‘dumsor’ timetable to mitigate the effects of power interruptions on citizens as GRIDCo works on its transmission lines.

He explained that the schedule provided by the Electricity Company of Ghana is meant for areas in Accra served by the Pokuase Bulk Supply Point and not the entire city.

DISCLAIMER: The Views, Comments, Opinions, Contributions and Statements made by Readers and Contributors on this platform do not necessarily represent the views or policy of Multimedia Group Limited.
Tags:
ECG
Energy Minister
GRIDCo
Matthew Opoku Prempeh