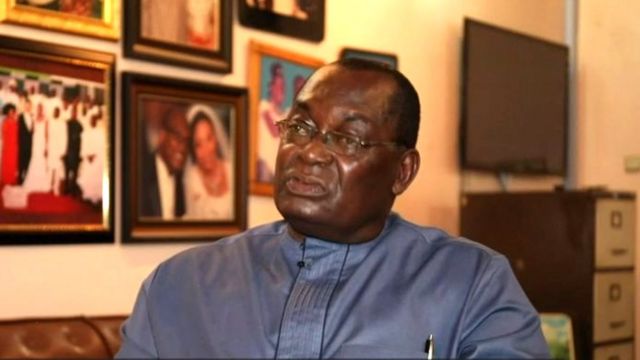 A prominent Nigerian doctor has been gunned down as he returned from a commemorative lecture in honour of his late wife – a government official who became famous for busting cartels which sold fake medicine.

Dr Chike Akunyili was shot in the face by gunmen who opened fire on his vehicle in the town of Nkpor in south-eastern Anambra state, his son, Obumneme Akunyili, told BBC Igbo.

His driver and a police officer assigned to him also died in the shooting. A cousin survived and is being treated in hospital.

They were driving back from the town of Nsukka in Enugu state after attending a lecture hosted by the University of Nigeria to pay tribute to Dr Akunyili’s wife, Dora Akunyili.

She was once the head of the Nigeria Food and Drug Agency, and was widely respected for her efforts to crack down on fake medicine that circulated in Nigeria. She died of cancer in 2014.

The motive for the attack on her husband is unclear, but it has left many Nigerians shocked. It is the seventh high-profile murder in the region in the last eight months.

Anambra has been hit by a wave of attacks since February 2021, and these escalated after the separatist group, Indigenous People of Biafra (Ipob), launched protest action to demand the release of its leader Nnamdi Kanu.

The police in Anambra state are yet to respond to calls about the shooting.