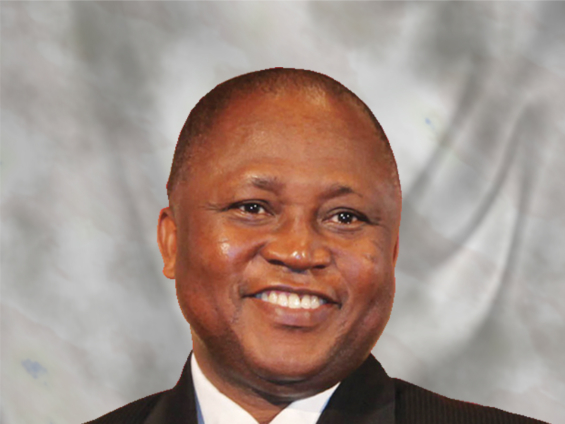 Lawyers for embattled Danadams Pharmaceuticals CEO say “his prosecution is only a carefully crafted attempt to tarnish his hard-earned reputation.”

Dr Yaw Adu-Gyamfi is at the Criminal Court in Accra over alleged fraud and forgery in his dealings with the ECOWAS Bank for Investment and Development (EBID).

The former President of the Association of Ghana Industries (AGI) is also set to lose his properties including the Danpong Medical Centre and Head Office of Danpong Health Group among others.

According to court documents available to Myjoyonline, Danadams is said to have taken a loan using documents the Bank describes as “forged” as a prerequisite for the facility.

But in documents to the Court 2020 sighted by Myjoyonline, Dr Yaw Adu Agyei Gyamfi “pleaded not guilty to all the charges.”

Below is his full pleading to the court in 2020.

On the 18th day of July 2016, the Ecowas Bank For Investment and Development (EBID) as Plaintiff sued the 1st and 2nd Defendants (Danadams Pharmaceuticals Industry (Ghana) Ltd, Dr. Yaw Adu-Gyamfi), seeking against them, jointly and severally, inter alia, an order for the payment of a principal sum of USD 6,443,525.00 with interest at the contractual rate of 9% per annum from 31st May 2016 and continuing to judgment or sooner payment

The Defendants filed their defenses to the action on 27th October 2016 and 12th December 2016 respectively; and the parties then agreed to file terms of settlement and have the court adapt the terms which has been agreed on as consent judgment of the court because the Defendants in this matter didn’t was the civil case to drag.

After back-and-forth communications between Plaintiff and Defendants, the parties finally agreed and executed the terms of settlement. I have attached a copy of the consent judgment that was executed between the parties.

The Terms of Settlement which was filed at the Registry of the High court on 22nd June, 2020, and was subsequently entered as Consent Judgement between the parties in Plaintiff’s favour against the 1st and 2nd Defendants for the recovery of the sum of US$8,546,692.00. It was a term of the Consent Judgment that the Defendant’s make a down payment of US$500,000.00 (Five Hundred Thousand United States Dollars) upon execution of the terms of settlement.

The Defendants therein paid a total of Six Hundred Thousand United States Dollars (USD$600,000) to EBID in fulfilment of the 1st of the two instalments and then made it known to EBID that Defendants had encountered some challenges with the opening of the escrow account and as such pleaded with the EBID to defer the opening of the escrow account to the 1st day of March, 2021.

In 2021, Five years after the issuance of the Writ of summons and the statement of claim at the Civil court, the 2nd Defendant therein was arraigned before the High Court Criminal Division on five charges ranging from money laundering, uttering of forged documents to defrauding by false pretences among others to which Dr Yaw Adu Agyei Gyamfi pleaded not guilty to all the charges. A reading of the charge sheetwill confirm that the prosecution itself concedes that the basis of this whole prosecution is a loan agreement which Danadams as a Company secured and has defaulted in paying and that EBID as a bank is only using the criminal prosecution to frustrate and tarnish the hard-earned reputation of Dr Yaw Adu Agyei Gyamfi when at all times material EBID is much aware that the issue is a civil matter.

It is not in doubt that Danadams Pharmaceuticals Limited secured the loan facility from EBID, it is also not in doubt that there has been a default on the part of Danadams Pharmaceuticals Limited. We wish to state emphatically that Dr Yaw Adu Agyei Gyamfi is innocent of the offences he has been charged with and that his prosecution is only a carefully crafted attempt to tarnish his hard-earned reputation.

DISCLAIMER: The Views, Comments, Opinions, Contributions and Statements made by Readers and Contributors on this platform do not necessarily represent the views or policy of Multimedia Group Limited.
Tags:
Association of Ghana Industries
Danadams Pharmaceuticals CEO
Dr Yaw Adu-Gyamfi