Protest at Ejura under investigation – Police 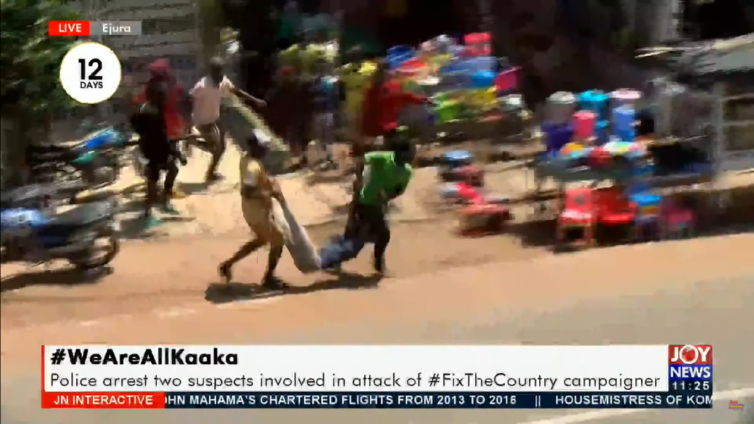 The Ghana Police Service says its Ashanti Regional Police Command has commenced investigation to establish the circumstances surrounding the violent clashes between the youth and security personnel in Ejura Sekyedumase on Tuesday.

The clash lead to the death of two and injury of four including a military lieutenant, it added.

“The Police moved in with military reinforcement to quell the situation but the irate youth charged on the security officers with all manner of implements including firearms, clubs, machetes and stones.

It said as of 3:30pm on Tuesday, the security situation was calm.

“However, security has been reinforced to ensure total stability.

“The Regional Command has also taken over investigation into the murder of Kaaka and appeals to all who have credible information to share with the Command at the Central Police Station, Kumasi or call 0299207770. The strictest confidentially is assured.”

The Command is appealing to all, especially the youth of Ejura to remain calm and also calls on Nananom and opinion leaders to call for restrain to ensure peaceful environment.

DISCLAIMER: The Views, Comments, Opinions, Contributions and Statements made by Readers and Contributors on this platform do not necessarily represent the views or policy of Multimedia Group Limited.
Tags:
Ejura youth protest
Ejura-Sekyedumase
Ghana Police Service