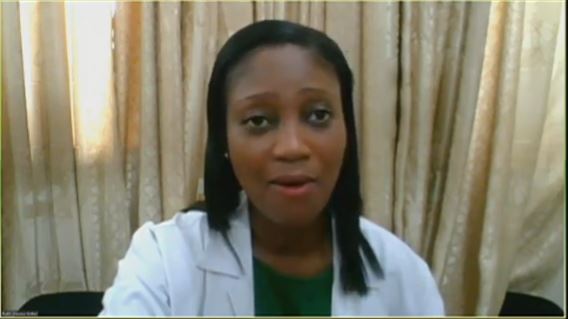 Speaking on the Super Morning Show, on Wednesday, she noted that considering the impact of child marriage on the victims, rescuing them is not enough.

“Child marriage has a lot of detrimental effects on the mental health of its victims. It usually leads to depression, anxiety, post-traumatic stress, and loss of self-esteem for these girls.”

Hence, “it’s not enough to rescue these girls. The mental health of these girls who have been rescued from these marriages should not be forgotten [otherwise] you may have physically only rescued the victim but mentally, she’s still in bondage and so the state will do better if, beyond the rescuing, they link these girls to mental health professionals who will be able to undo the psychological harm that has been done them,” she added.

According to UNICEF, Ghana is home to over 2 million child brides. The international organization has warned that Ghana risks missing out on meeting the Sustainable Development Goal 5 – eliminating all harmful practices, such as child, early, and forced marriage by 2030.

The warning comes as over 1.7 Million girls are married off on or at age 15 or in active union before their 18th birthday. There is a worrying trend in the Ashanti region as survivors of traumatic child marriages, some of whom were married off to men three times their age in other West African countries, hope to see some prompt action to end the practice.

With the help of the Multimedia Group, the Police Domestic Violence and Victim Support Unit (DOVVSU) has saved at least ten victims who were subjected to sexual abuse, including rape.

Dr. Owusu-Antwi noted among other things, that victims of child marriage “lose trust in everybody.”

“They feel that their families and society should have protected them and prevented them from getting into these marriages but if these people failed them, they virtually lose trust in everyone,” she explained.

Touching on other effects, she noted that child marriage has a trickling effect on the children and families of the victims as well as society at large.

She explained that “since these girls do not have optimum mental health before getting into these marriages, it trickles down to the kind of upbringing they give to the children.

“Invariably, the children that may come out of these marriages get their mental health affected as well and their growth gets stunted,” she added.

“The mistrust also trickles down to all aspects of their future relationships. These are not just personal relationships – mistrust for their employees, etc. just because they have been forced into these marriages.

“So they need psychological support. That way, it is more likely that their mental health will get back to the original state, otherwise they will only be physically out of the marriage,” she added.