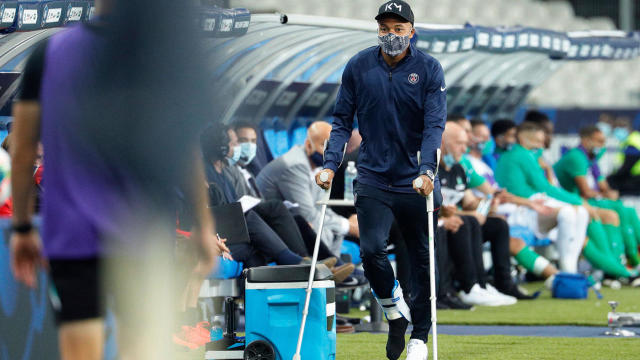 Mbappe, 21, sustained an ankle injury during the French Cup final against Saint-Etienne on Friday, ruling him out for three weeks.

He could return for the semi-final on 18 August, if PSG qualify.

Scans confirmed “an ankle sprain with damage to the external ligament”, the club said.

PSG added: “The player is expected to be sidelined for approximately three weeks.”

France international Mbappe left the pitch in tears after being fouled by Saint-Etienne defender Loic Perrin in the first half of PSG’s victory.

The conclusion of this season’s Champions League, delayed by the coronavirus pandemic, will consist of an eight-team straight knockout tournament in the Portuguese capital, with the final on 23 August.

The Champions League final is on 23 August.