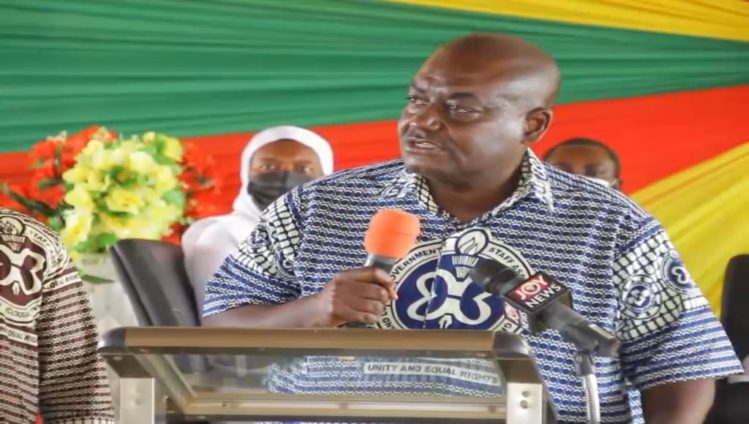 The Coalition of Public Sector Workers has asked the government not to include the tier 2 pension contributions of workers, which are in government securities, in a debt restructuring programme.

The IMF has made debt restructuring a major precondition to reach any deal with the government.

Speaking at a news conference in Accra, the group explained that such a move could violate the preservation of pension funds under the National Pensions Act, 2008 (Act 766).

Executive Secretary of CLOGSAG, Isaac Bampoe Addo said if this happens, government would have denied public sector workers their pension benefits under the three-tier pension scheme.

“Considering the assurance given by the NPRA on the issue, it is still regrettable that the government could initiate such a policy without consulting the forum whose members are majority in the public sector workers.

“The pressure that this information on the restructuring of Ghana’s debt to affect public sector pensions generated cannot be fathomed…it will be tantamount to depletion of benefits under the three-tier pension scheme,” he said at the press conference on Thursday.

The group further stated that by law, tier 2 pension contributions of workers cannot be touched under such an arrangement.

In a statement, the Ministry of Finance said such fears are without merit and do not augur well for the country’s financial sector.

“These publications and ‘social media advisories’ are without merit and are designed to undermine confidence in Ghana’s financial sector,” the Ministry stressed in the statement.

According to the Ministry the Government’s engagements with the IMF, “both in Accra and in Washington, D.C., on a programme to restore macroeconomic stability, are progressing steadily.”

DISCLAIMER: The Views, Comments, Opinions, Contributions and Statements made by Readers and Contributors on this platform do not necessarily represent the views or policy of Multimedia Group Limited.
Tags:
CLOGSAG
Debt Restructuring Programme
IMF
Public Sector Workers