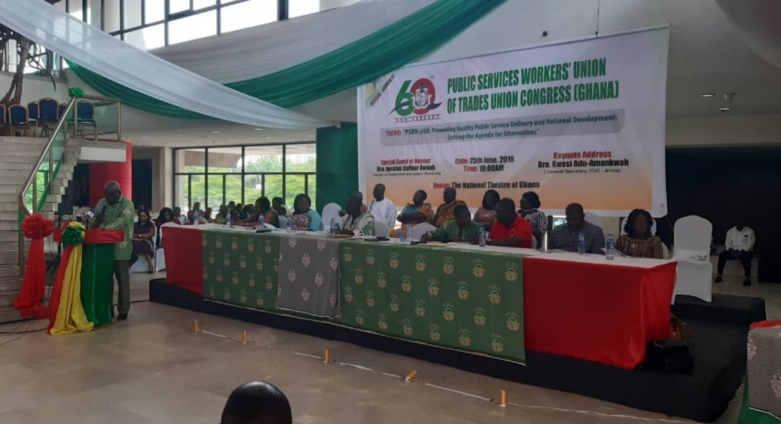 The Public Services Workers’ Union (PSWU) has also served notice of its intention to embark on industrial action on Tuesday, July 19, to demand a 20 percent Cost of Living Allowance.

The union said this has become necessary due to the worsening economic conditions in the country.

It said the decision to strike was taken at an emergency meeting on July 8.

In a press statement, it explained that their decision is in response to the government’s lack of action on the request for the allowance, amid the rise in inflation and cost of living in the country.

“In the midst of rising cost of living, inflation currently pegged at 27.6% (with a propensity to rise further), and pending astronomical increases in utility tariffs, the economic analysis which formed the basis of our acceptance of a 1-year salary increment for the year 2022 has obviously been thrown out of gear.”

“Considering the worsening economic challenges, members of the PSWU are left with no other option but to draw attention to their economic wellbeing,” the statement added.

The union will be joining its colleagues in the pre-tertiary education sector, which have been on strike since last week.

Other groups including the Union of Professional Nurse and Midwives have also joined calls by some public sector workers for the government to pay them the 20% allowance.

Meanwhile, the Ministry for Employment and Labour Relations will later today, Tuesday, July 12, hold a second meeting with organised labour over their agitation over the said allowance. The meeting will specifically be to negotiate the demands of organised labour.

DISCLAIMER: The Views, Comments, Opinions, Contributions and Statements made by Readers and Contributors on this platform do not necessarily represent the views or policy of Multimedia Group Limited.
Tags:
COLA
Employment Ministry
Government
National Labour Commission
Public Services Workers Union