Private legal practitioner, Martin Kpebu has described the punishments for not wearing face masks in public under the Executive Instrument 63 as “draconian” for the country and “insensitive” for Ghanaians.

President Nana Akufo-Addo has announced that the Ghana Police Service would be seeing to it that citizens comply with the mandatory wearing of masks law which is stated in the Executive Instrument 63 to help in the fight against the spread of Covid-19.

The E.I. states that a person caught not wearing a face mask is to be punished by the law under the E.I.

He told Joy News, that these punishments are insane compared to the rest of the world.

“Under the law when I translate it straight into simple English if a person is caught not wearing one, the minimum fine is ¢12,000. That is, the sentencing for someone who has not worn a mask or the max is ¢50,000 or a minimum of four years imprisonment and up to a total of 10 years,” he explained on the Super Morning Show, Friday.

“This is insane. If you compare around the world you’ll see that we have taken it too far.”

He explained that there is bound to be a culprit found in every society so the country might just be setting itself up for chaos.

“In France and other European countries, whilst ours is at the minimum of ¢12,000, there, you pay €135. It’s only on the third committing of the offence that they’ll consider a jail term and it’s nowhere near four years,” he exclaimed.

“Come to Africa, even in South Africa; they also have fines and up to a maximum of 6 months imprisonment. But Ghana, we have taken it to a different level and set our minimum sentence at four years.”

He also explained that the law is inconsiderate of understanding and putting into context the economic and financial status of a majority of Ghanaians who may not be able to pay even the minimum fine.

“When you look at the monetary aspect which is the fines, income levels are low, even university graduates I think are paid ¢750 and the minimum wage is lower.”

“So I don’t expect that on the first commission of the offence the person should be made to pay more than ¢750. Don’t forget many of our citizens are even illiterate and they earn far less. So let’s peg it at the salary of a NABCO employee,” Martin Kpebu said.

He, therefore, appealed to the president to do something about it. “Otherwise it’s just going to be a total mockery and to bring chaos,” he added. 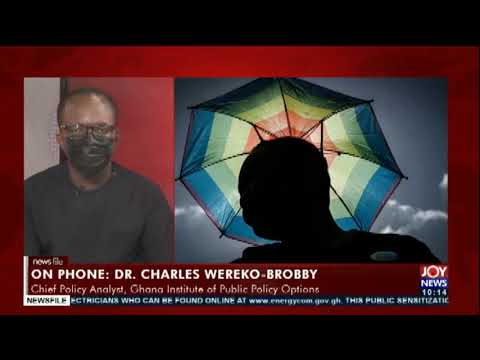