Pupils left to wander in Walewale as teachers boycott classrooms 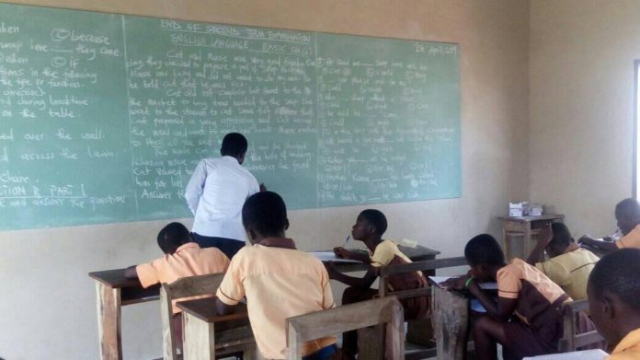 The three unions in a jointly signed statement released on Thursday, December 5, 2019, said the lack of adherence on the part of the government to their demands has necessitated the December 9 action. They, therefore, directed all members to stay out of classrooms across the country in protest of the ‘sufferings’ endured ‘as a result of the negligence’ of government.

But the personnel from E/A Junior High School 2 in Walewale who seem unhappy with the development, are also threatening to boycott the classrooms.

They told Joy News they were not informed about their new task.

“We are just national service personnel. We will also go to the house because they did not inform us. We had to come here before we heard of the strike. Tomorrow we won’t come to school. Our seniors are not here so we will also not come here.”

The absence of teachers has left the town flooded with school children. Parents who claim to be totally unaware of the strike, have been left confused.

The headmaster of Watania English and Arabic school, Alhaji Musah Seidu Sanda who confirmed the absence of his teachers said he only reported to dismiss the students.

“Our strike is taking effect today that is why teachers are not here. It seems the students are not aware and that is why I am here. As a headteacher, I have to let the children know what is going on. I didn’t want to dismiss them but I have to.

“Knowing how children are, if they are left alone they may hurt themselves which is not a good thing. So I am here to tell the children what is happening and tell them to go home.

“The strike is indefinite and until we hear from our leaders we cannot go back to the classroom,” he added.