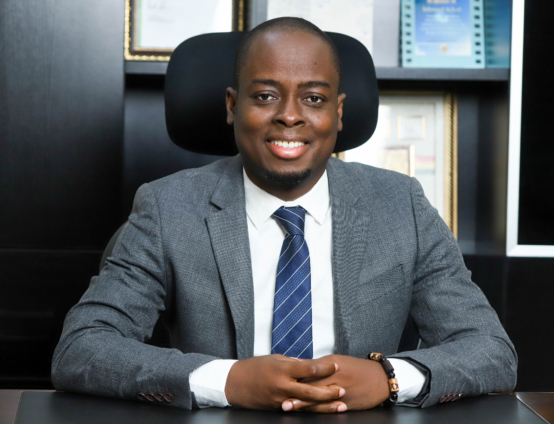 This was made known when the African Development Bank (AfDB) and the World Bank (WB) on the Global Electricity Regulatory Index (GERI), launched the ERI report virtually on Thursday, December 8, 2022.

Forty-three (43) countries in Africa with forty-four regulatory institutions, participated in the assessment process, which was based on well-developed electricity regulatory frameworks, the capacity to exercise the necessary regulatory oversight and authority on the regulated entities, and the ability to achieve measurable outcomes.

These frameworks were categorized into three pillars: Regulatory Governance Index (RGI), which assesses the extent to which the laws, procedures, standards, and policies governing the electricity sector provide for a transparent, predictable, and credible regulatory framework, which meets international standards; Regulatory Substance Index (RSI), which evaluates how well electricity sector regulators are carrying out their mandate and implementing the practices and processes that affect regulatory outcomes; and the Regulatory Outcome Index (ROI), which measures the perspectives of distribution utility companies and/or consumers, and the degree to which the regulator has a positive or negative impact on the sector.

The PURC ranked fourth (4th) among the forty-four African regulatory institutions sampled, only after Uganda, Egypt and Senegal. This was achieved based on the significant progress made by the Commission in the operations of its functions as per the legal mandate, clarity of roles of independence, accountability, transparency, predictability, participation, and open access to information for various stakeholders.

For the year under review (2022) and in the interest of deepening its transparency, the Commission was able to among others, undertake consumer service clinics, which enabled the Commission to bring its complaints resolution processes closer  to consumers; published the reckoner (electricity and water), which enables consumers to compute their own tariffs based on consumption levels; redesigned the Commission’s website to accommodate new developments, such as hosting the public utilities regulatory information system (PURIS); as well as constituting regulatory audit teams to undertake verification exercises, based on submitted investment needs of the Utilities.

Furthermore, the Commission made significant progress on transparency in its tariff setting processes by publishing approved guidelines for setting tariffs, quality of service measures to guide the regulated utilities, and improved considerably on its institutional capacity to enable it fulfil its mandate. Through this, the Commission was able to reverse the tariff structure, which was previously punitive for industry. This was to enhance the competitiveness of Micro, Small and Medium-Scale Enterprises (MSMEs) across the country.

The African Development Bank, since 2018, has embarked on carrying out surveys on the level of development of Regulatory Frameworks in the electricity sector in Africa. From year to year, the Bank through the ERI continues to inspire African countries to achieve better electricity sector performance through reforms that have been or are to be put in place but also through improvements to the current framework in which, the electricity sector finds itself. Africa needs investments in the energy sector, and this requires making the sector attractive, ridding it of all the administrative and organizational red tape that still hinders active private sector participation.

The ERI has evolved considerably since 2018 when only 15 countries participated in it, compared with 44 countries in 2022, which now participate in the ERI. The Director for Energy Financial Solutions, Policy and Regulation at the African Development Bank noted that “…the ERI has been influential not only in Africa but also the rest of the world”.

The World Bank on its part has also assessed the regulatory frameworks within the sector, including the report on Rethinking Power Sector Reforms in the Developing World. These efforts are aimed at providing a quantitative basis for measuring the adoption of regulatory best practices, which allows for countries to identify gaps in their regulatory framework and benchmark their performance against regional or global peers.

The African Development Bank and World Bank as a collaborative partnership joined forces to harmonize the structure of indicators under both projects, resulting in the development of the Global Electricity Regulatory Index (GERI), which was produced by the World Bank.

Whiles the AfDB, measures the level of development of electricity sector regulatory frameworks in African countries and the capacity of regulatory authorities to effectively carry out their relevant functions and duties, the World Bank measures broadly on the global space. As at the end of 2021, the GERI, reports on results from a first global survey comprising a snapshot of the regulatory context in 82 low-and middle-income countries.

According to the Executive Secretary of the PURC Dr. Ishmael Ackah, being ranked fourth this year is an improvement on the Commission’s 7th position in the previous year. The Commission owes this to the cooperation of its numerous stakeholders to which the Commission is grateful.