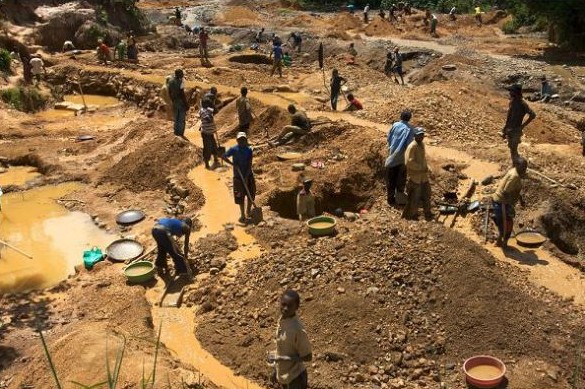 A former Chief Executive of the Minerals Commission, Dr Toni Aubynn, says the drones government purchased to support the fight against illegal mining were not useful.

According to him, it seems the equipment were bought to take only photos because they could not yield any significant results in the ‘galamsey’ fight.

He posited that just sharing pictures taken with the drones is not enough to account for the significant impact the purchase of the drones made.

He, therefore, asked the government to account for what it used the equipment for.

“Definitely it would be flown and it will take some pictures, there’s no doubt about that but what has it done in terms of stopping illegal mining?” he quizzed.

“If I were the one to measure it [whether the drones caused a financial loss to the state], I would say that it was not useful equipment.”

In 2017, then Lands Minister John Peter Amewu received public backlash over government’s decision to buy the drones worth $3 million.

He explained that the machines would help monitor and deal with the incidents of illegal logging in the country’s forest reserves.

But the former head of the Minerals Commission, who claims he was opposed to the purchase, noted that “we should actually look at why we are buying certain equipment; it shouldn’t just be buying it to show we’ve bought drones to fly all over the place.

“How much does it add to stopping the illegal mining?” he asked in an interview on Upfront on JoyNews.

Dr Aubynn also says the only reason the likes of Akonta Mining Company can enter forests to mine is because their owners have significant positions in government.

He added that such people still enter the forests even after a cabinet ban in 2017.

“In 2017 when we were doing the ‘stop galamsey’, one of the things we said – and I think it came from cabinet – was that nobody should be given anything, not even recognizance licence in the forest.

“For me, it was completely closed. Look at those who are mining in the forests; if you did the study, you find out that most of them are in significant positions in government.”

DISCLAIMER: The Views, Comments, Opinions, Contributions and Statements made by Readers and Contributors on this platform do not necessarily represent the views or policy of Multimedia Group Limited.
Tags:
Dr Toni Aubynn
Drones
Galamsey
Illegal mining
John Peter Amewu