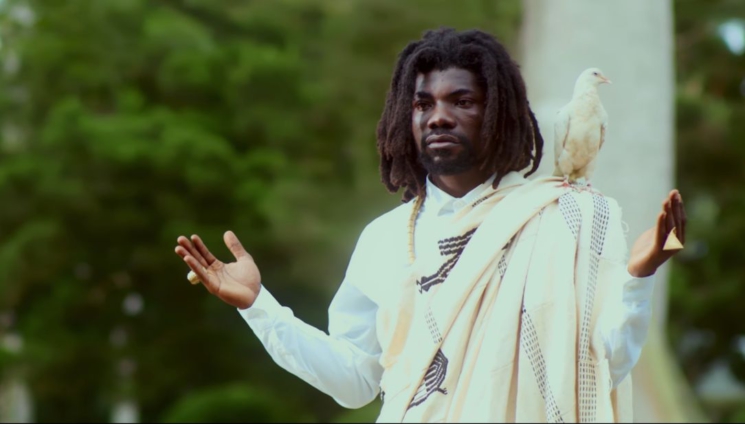 Ghanaian musician, Pure Akan has released visuals for his song, ‘Mensesa Me Ho’.

The much-anticipated visuals dropped on Friday, October 28, 2022, is a song about originality and staying true to one’s roots.

It is depicted in the crisp images directed by Yaw Skyface as a group of people of all ages are seen in sequences.

In one scene, kids are running around playfully while another group of young men are seen playing soccer in excitement.

An elderly couple is also spotted strolling through what felt like a string bond of love.

The song is one of the lead works on his recently released sophomore album, ‘Nyame Mma’.

Watch the video for ‘Mensesa Me Ho’ below.

Meanwhile, in celebration of his sophomore album Nyame Mma, Pure Akan has announced his upcoming ‘Nyame Mma Experience’ to ignite the soul of his cultural and historically pumped album.

The event scheduled for November 26 is set to fuse drama, dance and music to play the album while celebrating Ghanaian culture.

On the night, the Alliance Francaise will see the artist and a host of his friends perform to the sounds of pure authentic Ghanaian music.

DISCLAIMER: The Views, Comments, Opinions, Contributions and Statements made by Readers and Contributors on this platform do not necessarily represent the views or policy of Multimedia Group Limited.
Tags:
Mensesa Me Ho
Nyame Mma
Pure Akan
Video