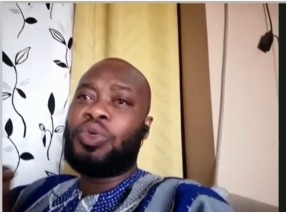 The Ghana Chamber of Agribusiness has called on the government to put the military in charge of the production of poultry in the country.

Speaking on Prime Morning with Roselyn Felli, the Chief Executive Officer of the Chamber, Mr. Anthony Morrison, who doubles as the Chairman of the Ghana Agriculture Sector Skills Body of TVET Commission, indicated that the military is capable of managing the poultry sector.

He attributed this to the fact that the military is the pioneer of the agriculture sector in other countries.

According to him, Ghana’s military also has the ability and should be allowed to take charge of the poultry sector.

“Government should engage some two key security agencies like the prisons and the military to help boost our poultry production. The prisons can produce a lot of maize and rice for us in this country. The military is a major food security intervention agency, and they could be used to produce a lot of poultry,

“In the advanced world, the military are the pacesetters and leaders when it comes to agriculture. Our military here in Ghana and Africa has failed us,” he stated on Monday.

Mr. Anthony Morrison further mentioned that it was initially the duty of the military to oversee the activities concerning the poultry and agricultural businesses.

The CEO also noted that the military has been put in charge of the production of rubber and palm, asking, “Why can’t the military join forces with the prisons and safeguard the food security of this country?”

Also speaking on the show, Executive Director of the Peasant Farmers Association of Ghana, Dr. Charles Nyaaba, entreated the government to support the agriculture sector with mechanization due to technological advancement.

“…the other area has to do with mechanization because today, no youth wants to go into agriculture because they don’t want to use hoes and cutlasses to cultivate. Government should invest heavily in mechanization services,” he urged.

Meanwhile, Dr. Nyaaba commended the government for allocating an amount to improve the Pwalugu Multi-Purpose Dam project in the 2023 budget. This, he said, will cover about 24,000 hectres to help in the production of vegetables.

He did, however, reveal that there will be an increase in the prices of maize and chicken parts in March 2023.

DISCLAIMER: The Views, Comments, Opinions, Contributions and Statements made by Readers and Contributors on this platform do not necessarily represent the views or policy of Multimedia Group Limited.
Tags:
Chamber of Agribusiness
Ghana’s military