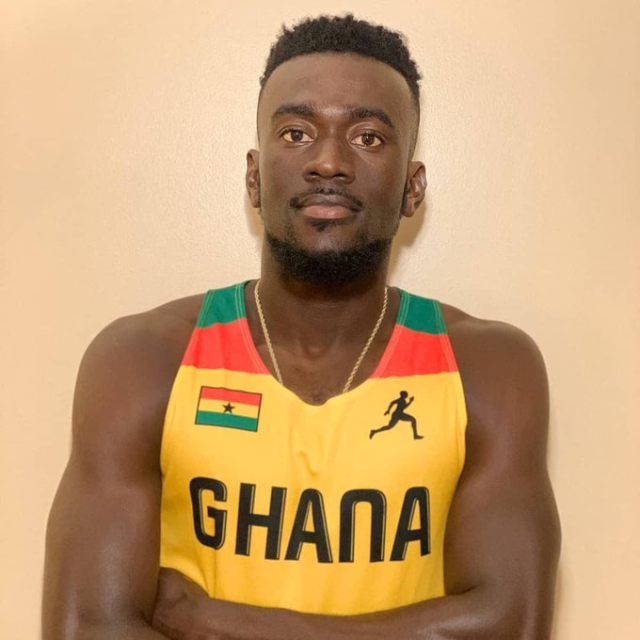 Joseph Paul Amoah is one of ten athletes competing for Ghana at the ongoing IAAF World Athletics Championships in Doha.

Things haven't started well, as he finished 6th in heat 3 of the 100m. His 10.36sec time was not enough to make the semis and he spoke to Joy Sports and other media following the race.

JPA: I knew the first part of my race was the bad part. I have been working on it since I got back from African Games. I just wanted to perfect that side but I have been battling injuries too. You know I got back to school to try and train for the competition. It was like an up and down thing. Sometimes I would like to go to practice and wouldn’t finish because of the injury and all that but I thank God for helping me to come out of the race healthy.

On what it means to race at the highest level

JPA: It’s every athlete's dream to be at the World Championships and Olympics, so racing at this level is like a dream come true – and there are still more years.

I am young and still learning so I will take this as a lesson to get better.

On why he fizzled out after starting brightly.

JPA: I started breaking down and you know [that] competing in the NCA is a very long season and you know we are still trying. Next year, we will try and minimize the races that I will run in the NCA to get the chance to run better in the Olympics.

I think I run that first part well and I feel like fatigue hit me, so I feel like if it wasn’t for that I would have come out of the race with a better time.

Message to the Ghanaians supporting him

JPA: I will tell them to still keep supporting. This is not the end, this is just the beginning. I am going to do my best to come out the next time in a better way. It might be a disappointment but I feel like I will do better next time.

On how the race is going to help this relay team

JPA: I believe in my team and they also trust me. I think we just have to get the [baton] around and after getting some rest I think we will come out with a better time. We are trying to make the finals so we will just come on here and execute the race and hopefully we get the best results.

JPA: Actually my coach and I looked at how practice was going back in school so he felt that looking at the previous races after the NCA Championships, that the 100m was going to be the better odds.

And I didn’t really run 200m races after the NCA Championships. The race in Guyana was 100m and African Games was also 100m so I think we [made] a better choice. Hopefully, when we see how next season is going to be, we will know which race to pick and that is the main reason why he made me run the 100m.

On if the temperature affected his performance

George Addo Jnr is in Qatar for the Joy Sports team, with coverage sponsored by DBS Roofing and Adonko Bitters.