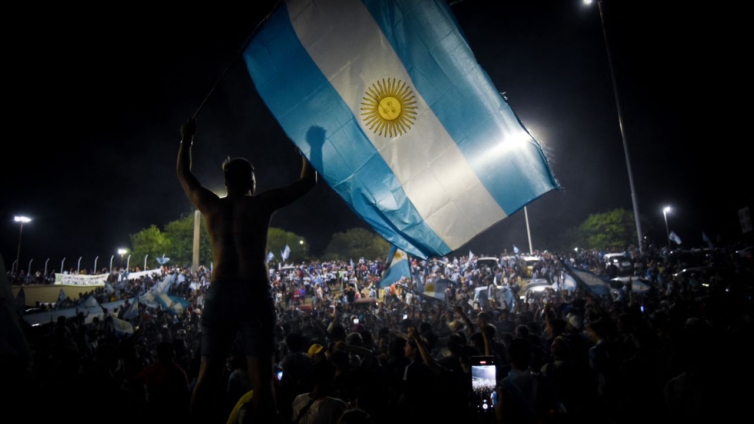 Lionel Messi and his teammates won the FIFA World Cup on Sunday in Doha, after a 4-2 penalty win over France at the Lusail stadium.

Hundreds of thousands of fans poured on to the streets to celebrate the win that probably immortalised Messi as one of the sport’s greatest.

Celebrations across the country and among fans overseas will continue non-stop and the Argentine government declared Tuesday would be a bank holiday so that the entire country “can express their deepest joy for the national team.”

In a game of two halves, Argentina took an early lead in the first half courtesy of Lionel Messi’s penalty and Angel Di Maria breathtaking counter-attacking finish, but France roared back in the second half through Kylian Mbappe’s double in the final 12 minutes, reaching a 2-2 tie that forced the match into extra time.

Messi scored his second goal of the match to restore his team’s lead, but Mbappé scored a second penalty to grab his hat-trick, becoming the first player to score a hat trick in a World Cup final since 1966 to take the game to a penalty shootout, which ended with triumph for Argentina after France missed two shots.

The team returned to a heroic welcome on Tuesday in Buenos Aires as hundreds of thousands of supporters drenched in the country’s colours met the team at the airport, singing and dancing.

DISCLAIMER: The Views, Comments, Opinions, Contributions and Statements made by Readers and Contributors on this platform do not necessarily represent the views or policy of Multimedia Group Limited.
Tags:
Argentina
Messi
Qatar 2022 World Cup
World Cup