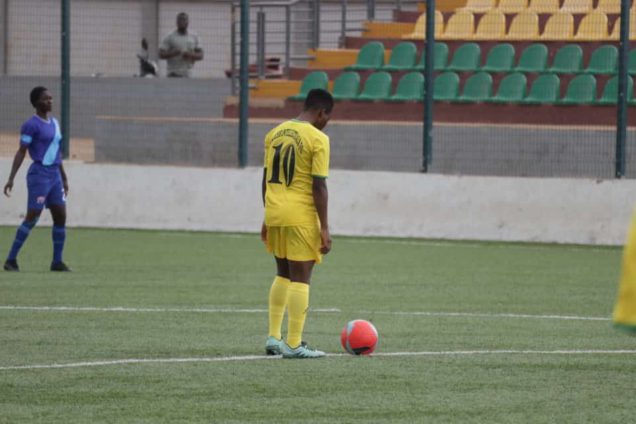 The first day of the QIC Women’s Premier Super Cup got off to a decent start at the Madina Astro Turf. Five goals were scored in two very entertaining fixtures.

Speaking to Joy Sports in an interview, head coach of Prisons Ladies, Richard Akuoko was satisfied with a draw.

“Our performance was okay but when we got the first goal, my players lost concentration and then they equalized and added another one, making it 2-1. But we were able to come back make some changes and we also got the equalizer,”Akuoko said,

His counterpart, Stephen Sarkodie however downplayed the significance of the encounter, stating that his team are approaching the tournament as a preseason.

“Last year we were here playing at the same field and lost to Hasaacas. We just went back as a team and planned what we can do for the next season. It is a new season, we are just using it as a preseason game so to draw with a team doesn’t mean anything. Also the team that we played, is the same team we are in the same group in the northern sector. So drawing with them doesn’t mean anything, we are just preparing, it’s a new season,” he said.

The second fixture was between Berry Ladies and Soccer Intellectuals. Intellectuals, despite being on the back foot for large parts of the game run out with a 1-0 victory thanks to a Jennifer Mensah goal.

Coach of Berry Ladies, Freeman Amponsah expressed happiness with his side’s performance, and believes their dominance will pay off in their next game.

“It wasn’t bad, we played very well. It is only that we couldn’t take our chances. We created more chances than them [but] we couldn’t utilize our chances. It looks like anytime we got into their final third, our strikers were in a haste. I won’t blame them [players], we started preparing not even up to two weeks so I won’t blame them. As we started it’s not even up to 20 days now. So it’s just one of those games, it’s not bad,” Amponsah said in a JoySports post-match interview.

Meanwhile Robert Duncan, who is the head coach of Soccer Intelectuals is glad his team were able to grind out a win.

“I’m happy, the girls too are happy. Our supporters are also happy,” Duncan said, in an attempt to describe his emotions after the game.

As a result, Soccer Intellectuals were the only team to win their first game of the tournament. Captain of the side, Linda Addae stood out in central defense, single-handedly thwarting the best efforts of Berry Ladies and guiding her side to victory.

She explained that the Intellectuals were hungry to win.

Next up for the Intellectuals will be Ampem Darkoa, while Berry Ladies face off with Prisons Ladies, and Addae is confident of Soccer Intellectuals’ chances in the Super Cup

“We will take all three points from all teams. We are determined and coming all out. No complacency, full ‘vim’.”