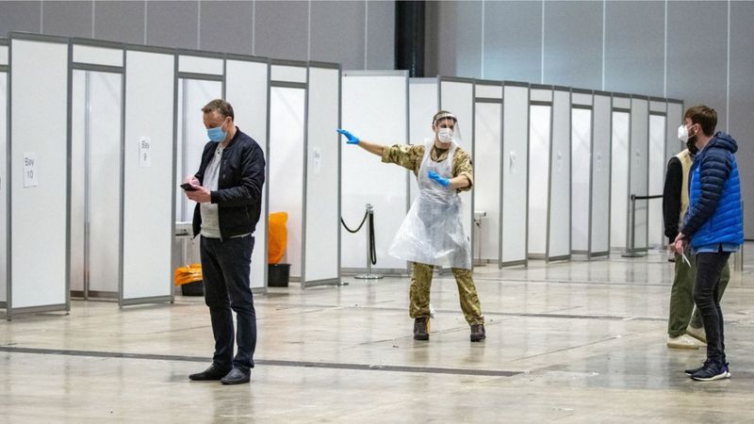 New quick-turnaround Covid tests being trialled in Liverpool could be a “major breakthrough” in the battle against coronavirus, the environment secretary has said.

George Eustice said the new ‘lateral flow’ test is now available to everyone in Liverpool as part of the pilot.

Number 10 had been focusing on faster testing, which if successful, could be “a major breakthrough” he told the BBC.

Boris Johnson has said that NHS Test and Trace needs to give faster results.

A mass coronavirus testing programme is being carried out in Liverpool, with all residents being offered regular Covid-19 tests – whether or not they have symptoms.

It is the first trial of whole-city testing in England.

The pilot includes a mix of existing swab tests and the new lateral flow tests – which can provide a result within an hour without the need to use a lab.

Mr Eustice told BBC Breakfast: “A test is only as good as the speed with which you can turn a result around.

“What we’ve really been focusing on more recently is a faster test, so that people can act more quickly to prevent the spread of the virus so this, if we can make it work, is a major breakthrough.”

BBC health and science correspondent James Gallagher says rapid or “lateral flow” tests need there to be high levels of the virus in the body to work. It is not yet clear how good they are at catching people in the early stages of the infection, when the virus is still taking hold.

They are similar to pregnancy tests and are easy, cheap and fast.

Fluid from a nasal swab or saliva goes on to one end of the test, then a marking appears if the person is positive.